Two Australian cave divers who helped in the dramatic rescue of the 12 Wild Boar footballers and their football coach from Tham Luang cave in Chiang Rai last July have been jointly named Australian of the year 2019.

Richard Harris and Craig Challen were among eight Australians honored with Australian of the Year Awards 2019 on Friday night in Canberra.  The two men were awarded the honour together – the first joint award since 1967 when the Seekers music band was named.

Harris is an anesthetist and diver from Adelaide and Challen is a champion diver from Wangara, western Australia.  They were part of a global team that extracted the 13 trapped boys and their coach from Tham Luang cave in July last year.

The men stayed in the underwater cave system for three days during the rescue operation, swimming multiple kilometres in hazardous conditions.  Harris swam the length of the cave system, performed medical checks on the children and administered anaesthetic to each of them.  Challen then transported the boys and coach to safety, and the two men worked together to ensure all the 13 escaped unharmed.

The awards committee on Friday praised both men equally for their “selflessness, courage and willingness to help others.”

Both men have previously been awarded the Star of Courage – Australia’s second highest civilian award for bravery – and the medal of the order of Australia.  In 2012, Challen set an Australasian record by diving 221 metres in a river cave in New Zealand on an expedition with Harris. 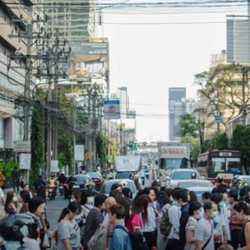