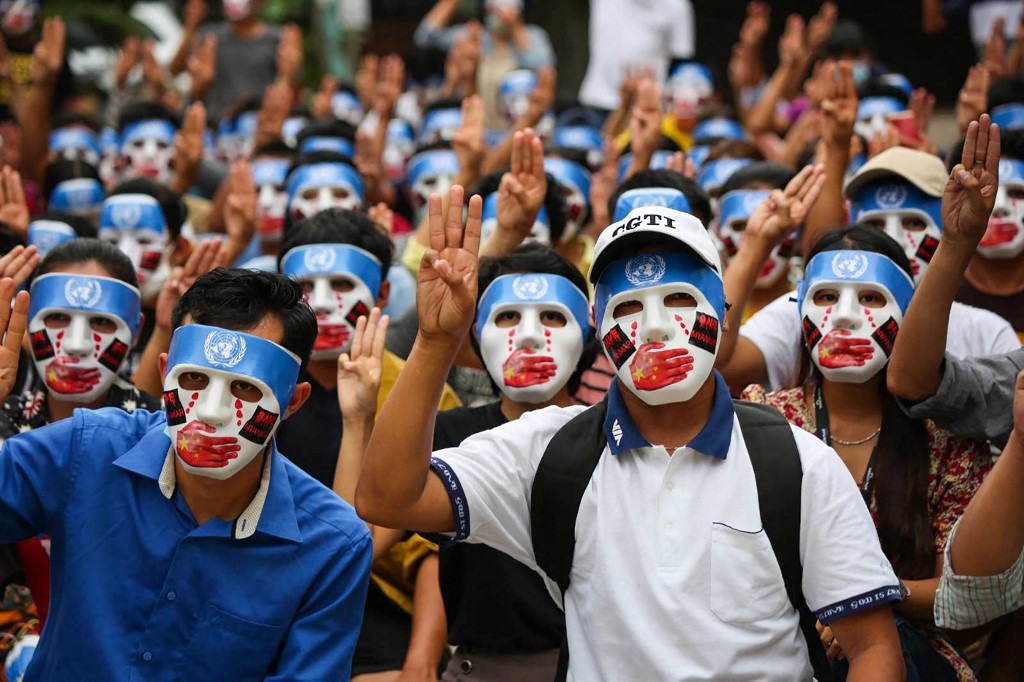 This phot taken and received on April 4, 2021 shows protesters making the three-finger salute while wearing masks that express what they say is Chinese interference in the UN’s handling of Myanmar affairs after the military coup in Yangon’s Kamayut township. (Photo by Handout / BURMA ASSOCIATED PRESS (BAP) / AFP)

Two Australians who were detained in Myanmar late last month have been released and have left Yangon, Canberra’s foreign affairs department said Monday.

Business consultants Matthew O’Kane and Christa Avery, a dual Canadian-Australian citizen, were put under house arrest after trying to leave the country on a relief flight in March.

A Department of Foreign Affairs and Trade spokesperson said Australian officials had “provided consular assistance” to the couple during their detention and release.

“We provided support for their departure from Yangon on 4 April,” the spokesperson added in a statement.

“We welcome their release.”

The couple ran a bespoke consultancy business in Yangon.

A third Australian, economist Sean Turnell, an advisor to civilian leader Aung San Suu Kyi, who was arrested a week after the putsch remains in custody.

The economist and university professor was the first foreign national arrested following the February 1 coup that ousted the Nobel laureate from power and plunged Myanmar into turmoil.

He is being investigated by the junta over alleged immigration and state secrets offences.

Canberra has suspended military cooperation with Naypyidaw and has advised its citizens to leave the country if it is safe to do so. 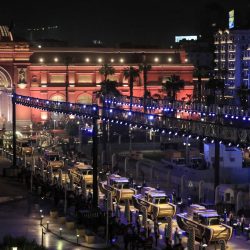 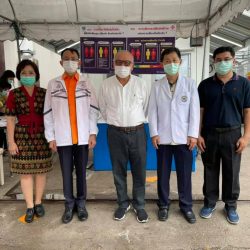