Thailand’s Ministry of Public Health (MoPH) will seek approval from the Centre for COVID-19 Situation Administration (CCSA) for its plan to screen up to 200,000 people living in and around markets in COVID-19 “dark red” provinces using rapid antigen test kits (ATKs).

Deputy Government Spokesperson Dr. Traisulee Traisoranakul said today that the MoPH is working on the mass screening after it learned that 14,678 people, found to be infected with COVID-19 between April 1st and August 10th, were all related to 132 wet and flea markets in 23 provinces now classified as “dark red” zones.

According to the plan, the mass screenings will focus on vendors and their employees who enter and exit the markets on daily basis, customers and residents living around the markets.

The screening process will be divided into three stages, with the first to be launched in Bangkok, Nonthaburi, Pathum Thani, Samut Prakan, Ratchaburi, Chon Buri, Nakhon Ratchasima, Songkhla and Sa Kaeo, covering 27 wet and flea markets regarded as being at high risk.

The second stage will target 117 markets in 16 other “dark red” provinces and the third stage will target the remaining such provinces, said Dr. Traisulee, adding that the operations will cover 683 markets and over 200,000 people will have to be screened every week for four weeks.

About 850,000 ATKs will be needed and they are expected to be supplied by the National Health Security Office, which is in the process of procuring 8.5 million ATKs through the Government Pharmaceutical Organization.

Dr. Traisulee said there is also a plan to provide vaccinations to people in these areas and to open community isolation facilities and field hospitals, to accommodate those who test positive.

She went on to say that Prime Minister Prayut Chan-o-cha has instructed the police to tighten up control of drinking gatherings and parties in entertainment venues, failing that they may face disciplinary action. 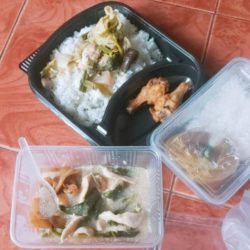 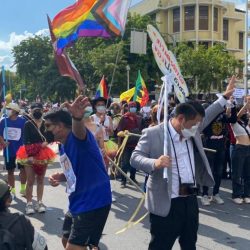