Asian markets suffered further losses Thursday, tracking a rout in New York and Europe as markets were hit by a perfect storm of worries about the slow rollout of vaccines, surging infections, a stuttering economic recovery, and high valuations.

After a months-long rally sent several indexes to records or all-time highs, investors have started to fret in recent weeks about a possible correction and analysts say some losses are to be expected.

The Federal Reserve added to the sense of concern as it warned that the economy was struggling in the face of a new wave of Covid-19 infections that is hammering the northern hemisphere and forcing governments to reimpose strict containment measures.

The US central bank said the “pace of the recovery in economic activity and employment has moderated in recent months” and said it would maintain its ultra-loose monetary policy for the foreseeable future.

Chair Jerome Powell added that “overall economic activity remains below its level before the pandemic, and the path ahead remains highly uncertain”.

While there were few surprises from the meeting and Powell’s comments, they provided a dose of reality to investors about the state of the economy, despite broad long-term optimism.

OANDA’s Jeffrey Halley said: “It seems that the market was looking for something more concrete. Disappointed inflationistas headed for the exit to lick their wounds, although frankly, they should have expected nothing less from the Fed.”

Worries about inoculations are rife, with the US and Europe struggling to get their programmes into gear owing to supply problems.

The European Union and Britain are locked in a row over access to AstraZeneca’s jab, with both sides insisting the company uphold contractual delivery promises to each of them — though the pharmaceutical firm has warned there is not enough to go around.

All three main Wall Street markets ended more than two percent lower, while London, Paris and Frankfurt were each more than one percent off.

Asia was also a sea of red.

Hong Kong lost more than two percent, along with Jakarta and Wellington, while Shanghai and Sydney were almost two percent off.

“Yes, the future looks bright, but the moment is hell.”

He added that hopes for the reopening of economies were “getting pushed back well into the second quarter due to messed up vaccination and rollout strategies”.

“Investors should monitor, but not fear, the risk of a correction,” said Tai Hui, at JP Morgan Asset Management.

“We are still constructive on the global economic fundamentals over the next 12-18 months, which should support equities, corporate credit and emerging market fixed income.”

Hong Kong and Shanghai were also being squeezed by the Chinese central bank’s decision to suck liquidity out of financial markets as it looks to avert a bubble developing.

The move has put a brake on a massive spending spree in Hong Kong by mainland traders looking to take advantage of relatively cheap shares in the city.

Adding to the weakness in Hong Kong, Cathay Pacific plunged more than eight percent after the flag-carrier unveiled an $870-million bond sale to shore up its finances.

Investors have also been left deflated by signs that Biden’s proposed $1.9 trillion stimulus could be watered down and not even be ready until March with progress snarled up by the Senate impeachment trial of Donald Trump. 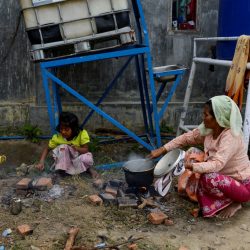 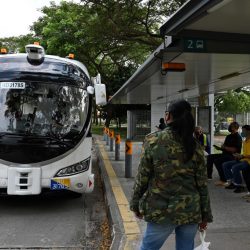