A health worker collects nasal swab samples from a woman during a mass test for the new coronavirus in a neighborhood in Tangerang, Indonesia, Friday, July 17, 2020. (AP Photo/Tatan Syuflana)

BEIJING (AP) — The number of confirmed cases in a new COVID-19 outbreak in China’s far west has risen to 17.

The National Health Commission said Saturday that 16 more cases were identified in the previous 24 hours in the Xinjiang region, on top of a first case.

The outbreak in the city of Urumqi is the latest to pop up since China largely contained the domestic spread of the virus in March. The largest was a recent outbreak in Beijing that infected more than 330 people.

Authorities in Urumqi have reduced subways, buses and taxis and closed off some residential communities, according to Chinese media reports. They also placed restrictions on people leaving the city, including a suspension of subway service to the airport.

China has been accused of human rights abuses in Xinjiang, the homeland of the largely Muslim Uighur ethnic community. The region has long been blanketed with extreme security, which China says is necessary to prevent terrorist activity.

— Australia’s Victoria state saw a marked drop in new COVID-19 infections — from Friday’s record high of 428 to 217 — a total that Chief Health Officer Brett Sutton says was “a relief after yesterday’s numbers.” The Health Department said Saturday that two more Victorians, a man and a woman both aged in their 80s, had died, taking the state’s death toll to 34 and Australia’s national total to 118. Victorian Premier Daniel Andrews said the latest numbers were encouraging but warned it was just one day. He says “we’d want to see a pattern where there’s stability and then a decrease.” He urged residents in metropolitan Melbourne to remain diligent during a six-week lockdown — “being bored is much better than being in intensive care.”

— South Korea has reported 39 newly confirmed infections of COVID-19, most of them cases imported from abroad. The figures announced by South Korea’s Centers for Disease Control and Prevention on Saturday brought the national caseload to 13,711, including 294 deaths. The KCDC says at least 28 cases were tied to overseas arrivals. Eighteen others came from the densely populated Seoul metropolitan area, which had been at the center of a virus resurgence that began in late May as restrictions eased. Health authorities have expressed optimism that the outbreak is being brought under control. They say imported case of COVID-19 are less threatening than local transmissions because the country is mandating testing and enforcing two-week quarantines on people arriving from abroad.

— Prime Minister Scott Morrison requested that the next two-week sitting of Australia’s Parliament be canceled because of increasing concerns over the spread of the coronavirus in parts of the country. Parliament was due to sit from Aug. 4 to 13 and would not meet again until the next planned two-week sitting starting on Aug. 24. Morrison said he had written to the parliamentary speaker to ask for a cancellation. The request is considered a formality. In a statement, Morrison said he had received advice from Acting Chief Medical Officer Paul Kelly that there are “significant risks” associated with a meeting of Parliament due to increased community transmission of COVID-19 in the state of Victoria and the trends in New South Wales. 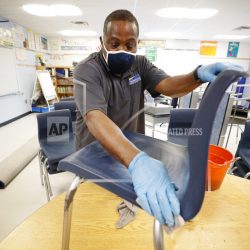 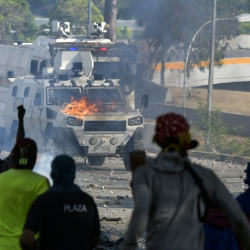