Between 2,000 and 3,000 under 18 year olds are now getting infected with COVID-19 every day, compared to just 366 per week in the first three months of this year, according to Dr. Somsak Akkasilp, director general of Thailand’s Medical Services Department.

New daily infections, across all age groups in the country, currently average about 20,000.

He attributed the surge of infections among minors to increased infections in families, as he cited findings by the Queen Sirikit National Institute of Child Health showing that most of the severe cases among youngsters have genetic diseases, such as brain or heart disease, or are bed-ridden, which require them to be treated in general hospitals, exposing them to greater risk of infection.

He said that the child health institute had been asked increase the number of beds to accommodate infected children with moderate or severe symptoms, who are normally accompanied by their infected parents.

Network hospitals have also been told to look after children in home isolation, by supplying them with food and other basic necessities, as well as “tele-med” for online counselling.

Accumulated recorded fatalities among minors are currently in excess of 10. 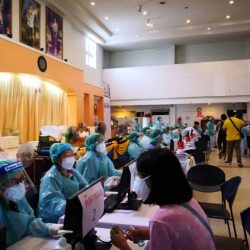 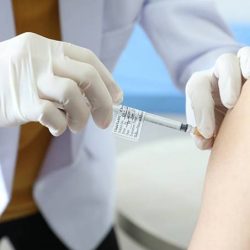