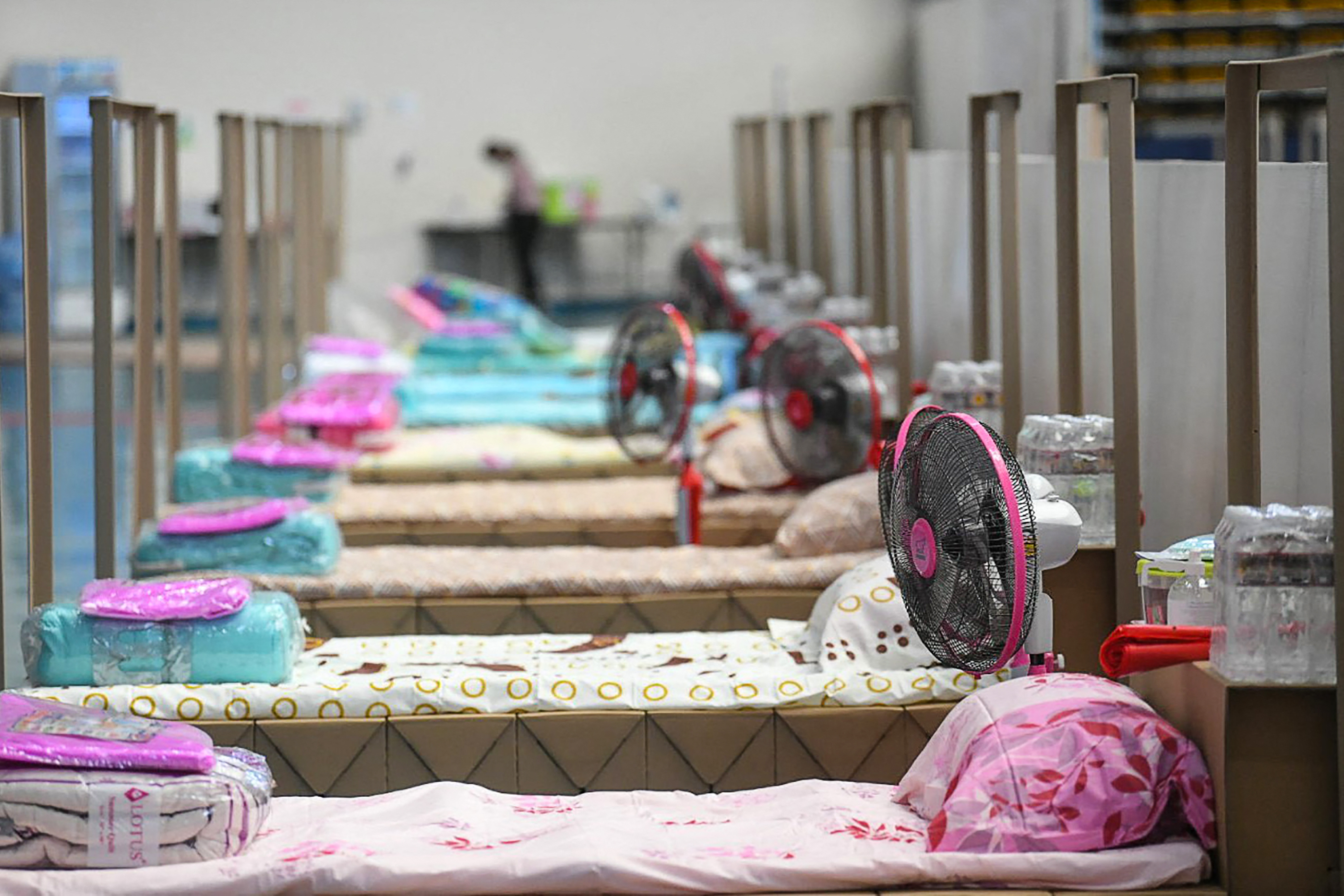 File / Beds and items provided to patients in a field hospital set up in the Bangkok Arena indoor multi-purpose sporting venue to accomodate an upsurge in the number of Covid-19 coronavirus cases in the country.

As the daily number of Thailand’s new COVID-19 infections surged to a new high of 2,070 today (Friday), public health officials have expressed concern that existing ICU capacity will not cope with an expected increase in severe cases.

Since the country’s first case, early last year, this is the first time new infections have exceeded 2,000 in any 24 hour period. Four more deaths were also recorded today, while 19,873 patients are still being treated in hospitals.

CCSA spokesman Dr. Taweesin Visanuyothin admitted that the daily surge will impact public health services, noting that the current number of current ICU beds, in all general hospitals, is not sufficient to cope with the demand and must be increased.

There are 262 ICU beds in Bangkok, 69 of which are unoccupied, plus 479 negative pressure rooms, with 69 of them still unoccupied.

At an example rate of 1,500 new infections a day, Dr. Taweesin explained that 52 ICU beds would be needed nationwide each day, including as many as 13 ICU beds for Bangkok, adding that all the available ICU beds in all hospitals will be fully occupied in the next 6-8 days.

Officials are discussing increasing ICU wards in general and field hospitals, to cope with the anticipated increase in the number of severe cases, with the state-run Rajavithi hospital taking the lead, he said.

Cumulative infections, since early last year, are 50,183, with 30,189 recoveries. There are, currently, 15,642 patients be treated in general hospitals and 4,231 in field hospitals. The cumulative death toll has risen to 121.

In the northern province of Chiang Mai, 16 children, aged between 2 and 4, three teachers and one janitor at a nursery in Mae Tue sub-district have been found infected with coronavirus. A municipal official said that about 80 parents have been screened, with their test results expected today.

A field hospital, to accommodate the infected children, is due to be disinfected today before it opens. It can house only 30 patients and will be supervised by medics from Nakhon Ping and Doi Saked hospitals.

In the northeastern province of Nakhon Ratchasima, 31 new infections were recorded today, raising the total to 384. The province’s first fatality, a 35-year old hotel employee, was reported yesterday, after being hospitalized on April 15th.

Three villages in Dan Khun Thod district, with about 700 households, have been locked down for 14 days by the provincial governor, after several infections were reported there.  Guards have been posted at the villages to prevent entry and exit. 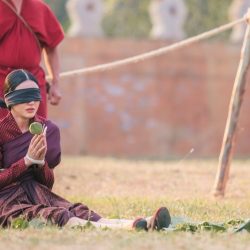 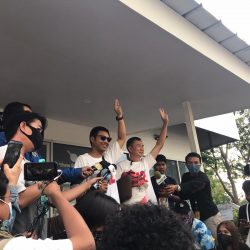