“It’s difficult, and I didn’t know how, but I gathered them from news on social media and pieced the information together. Getting the data directly? No, I couldn’t.”

That was how a civil society network obtained data about a railway construction project in their local community, which was the first step in investigating the corruption.

The project became suspicious because the community felt that the construction of the railway, and its underpass, were substandard. The underpass, especially, is prone to flooding and it could be dangerous for people in the community.

Corruption is a major problem in Thailand, but what is equally important is transparency.

In this case the lack of transparency was manifested in how difficult it was, and still is, to obtain data and information. The harder it is to access the necessary data, the less public participation there is going to be.

It is unlikely that people will have opinions about this railway project, which will affect their lives, unless they understand what’s going on.

Limited data sharing from the government side is a common transparency issue. Thailand has the Official Information Act, which says that officials have to be transparent. For example, government offices must provide information upon request.

In practice, however, the process can take so long that we sometimes forget about it or just give up.

That could change, with the advent of ACT AI, a system brought to us by the Anti-Corruption Organization of Thailand, or ACT.

This artificial intelligence manages and maintains big data regarding government projects. It helps users process and analyse the data, as well as notifying us when something is suspicious.

One of the system developers told Thai PBS that it started by collecting the government procurement data from 2015 to 2020, which involved over 19 million projects, with approximate spending of a trillion baht.

There are some indicators when projects become suspicious. For example, projects supervised by local administrations are usually done by the same companies all the time. These patterns can be detected using ACT AI

Other than that, we can look into exorbitant procurements such as the cases of the vacuum trucks procured by many local administrations across the country. It was exposed and prompted subsequent scrutiny.

In the past year, ACT AI was also developed to cover government projects, with as much as Bt400 billion of spending, which are aimed at restoring the economy and society after the COVID-19 pandemic hit.

According to the developers, the AI does not only reveal a project’s details and budget allocation, but also analyses the risk of corruption as well, drawing data from the Anti-Corruption Commission.

The system also ranks the projects that are prone to corruption, so the public can keep an eye on them and ensure tax payers’ money is being used as effectively as possible.

Thailand is not the only country adopting such an AI system. Norway, Singapore and Taiwan also have something similar, to make it possible for public participation and to tackle corruption.

Thailand, in the past few years, has seen civil society taking part in keeping watch over corruption. Many times, it has led to serious investigations and eventually brought real and meaningful changes.

This ACT AI, hopefully, will be another important tool to make government projects more transparent, and lead to less corruption. 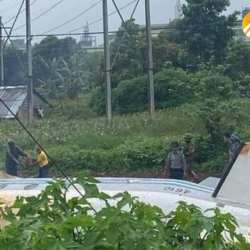 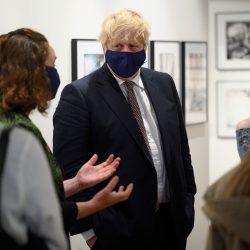