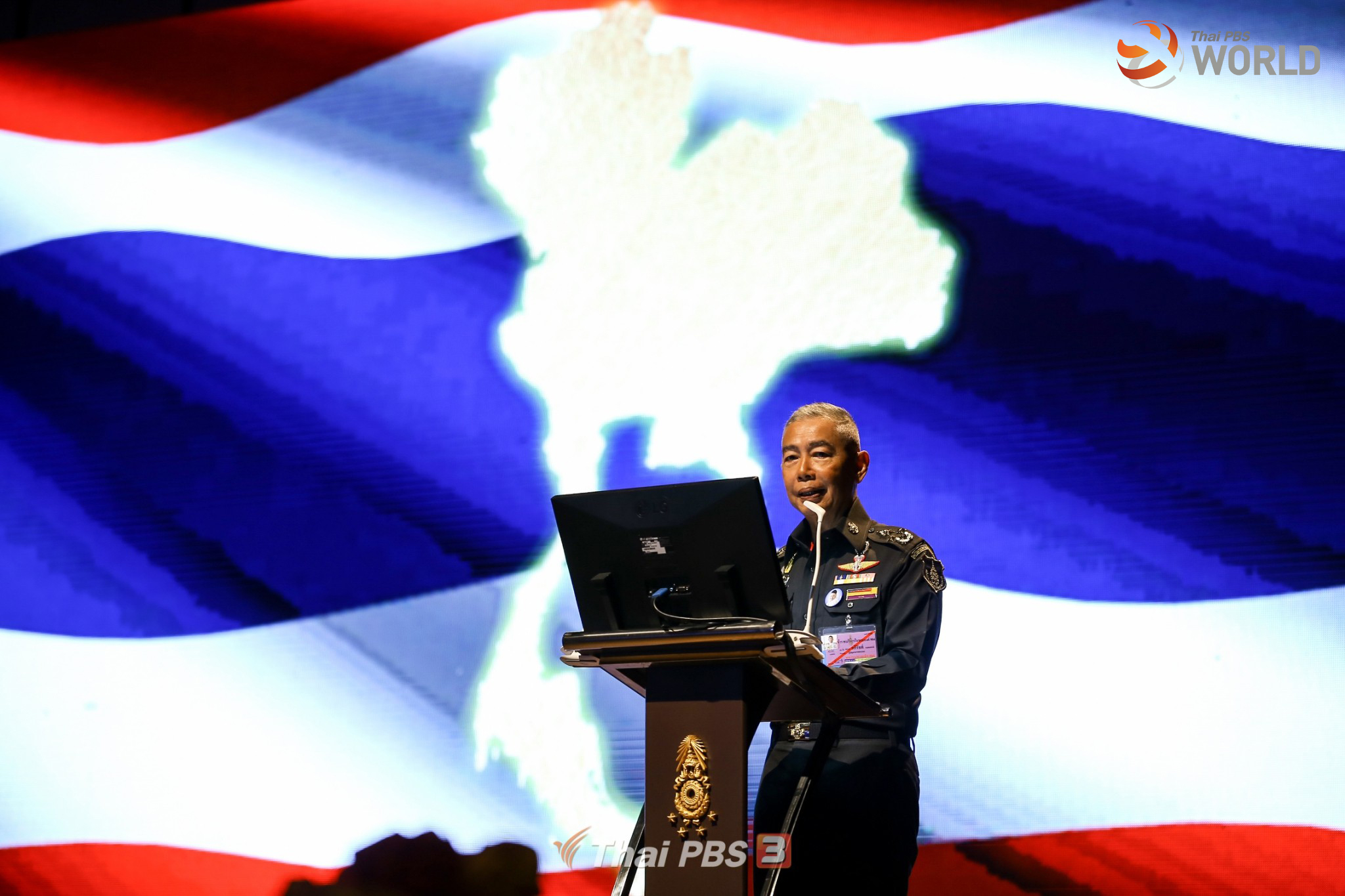 Army Commander-in-Chief Gen Apirat Kongsompong warned this morning that Thailand is facing what he described as a “hybrid warfare” being waged by a collection of “ill-intentioned politicians”,  remnants of communist ideologues and “foreign forces” against the country’s major establishments.

Gen Apirat referred to a recent visit to Hong Kong by a leading Thai opposition politician during which he met with pro-democracy activist Joshua Wong as an illustration of how anti-government forces are trying to solicit foreign interference in Thai domestic affairs.

He did not mention names but showed a picture of Wong taken with the silhouette of someone understood to be Thanathorn Jungroongruangkit, the fire-brand leader of Future Forward Party.  Thanathorn admitted that he was in Hong Kong recently for a panel discussion and a picture he took with Wong has gone viral. He also admitted that he was inspired to enter politics by the fight for democracy in Hong Kong.

Gen Apirat was speaking at a special lecture at the army headquarters during which he outlined what he claimed to be a conspiracy among several groups of people bent on “destroying the country and its major establishments.”

He said they have been targeting young people and trying to indoctrinate them with “destructive ideas.”

“Joshua Wong visited Thailand and then this businessman-turned-politician went to Hong Kong. Were they up to something? I want to ask whether these young (Thai) people would go out on the streets if  called upon one day,” he said.

Gen Apirat, a staunch loyalist and a key supporter of the Prayut government, also took aim at politicians and academics who he said are trying to use the situation in southern Thailand for political gains.

Again without mentioning names, he singled out Dr. Chalita Bundhuwong of Kasetsart University who proposed during a recent panel discussion in Pattani that Article 1 of the Constitution which guarantees Thailand as a single and indivisible state be amended.

Gen Apirat said the proposal has a hidden motive that would threaten the country’s security.  “Amending Article 1 of the Constitution would pave the way for amendments of other articles concerning the monarchy,” he said without elaborating but vowed to block any attempts to have the article in question amended.

The army chief also recalled the presence of a group of western diplomats who showed up at Pathumwan police station in April when Thanathorn was summoned to hear a sedition charge against him.  He alleged that it was part of a larger plot to internationalize the issue.

“All these incidents were not coincidental,” he said, referring specifically to Thanathorn’s meeting with Wong, the support shown by western diplomats to the Future Forward leader, the controversial panel discussion in Pattani and the frequent mobilizing of anti-military rallies.  “They were orchestrated,” he said.

Gen Apirat also accused some of the “foreign educated” academics with leftist views of being “masterminds” behind many of the anti-government and anti-military activities.

He said they have been working in cahoots with politicians who harhour ill intentions toward the country’s major establishments, foreign elements,  and businessmen “born with silver spoons in their mouths” to wage a “hybrid warfare” against the country.

Gen Apirat said “hybrid war” is a modern form of warfare that employs a range tools and players designed to destabilize and bring about changes in a society.   They include inciting local unrests, propaganda, foreign interference, cyber-attacks, economic pressure, and discrediting of the executive and judiciary branches

“Their ultimate aim is to win elections, seize executive power, and to change the Constitution,” he said.

Gen Apirat’s lecture was entitled “Our Land from Security Perspectives” and at times had the appearance of a talk-show with the army chief punctuating some of his points with especially-designed slides with martial music effects.

When asked whether a dialogue with these groups of people is a possible, Gen Apirat said “I don’t think so. They are bent on pushing their agenda regardless of what we say.” 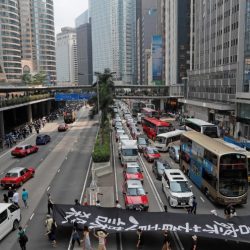 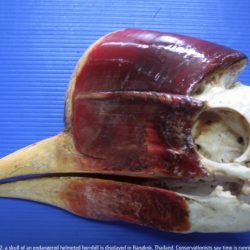