Army Commander-in-Chief General Apirat Kongsompong said today (Monday) that he does not aspire to become a politician, preferring to be a friend of politicians, as he dismissed as unrealistic speculation that he will succeed Prime Minister Prayut Chan-o-cha.

He asked the media not to take seriously a recent remark by Deputy Prime Minister Prawit Wongsuwan that he could become Thailand’s next Prime Minister.

“Let us be realistic about that possibility. Due to various conditions, it is not possible.  First, I am still in the military service.  Second, I am a senator so, according to the Constitution, it is not possible,” said General Apirat.

The army chief today met with members of the House Committee on Security, Border Affairs, National Strategies and Reform over his controversial remarks about “hybrid warfare” and his accusation that a collection of ill-intentioned politicians and hardcore communist elements are attempting to undermine the country’s security.

After the meeting, General Apirat told the media that the meeting was constructive and a good sign, with both sides understanding each other’s roles and responsibilities, adding that he is not aggressive by nature.

The committee chairman, Lt-Gen Pongsakorn Rodchomphu of the Future Forward party, said that the meeting was fruitful and they appear to understand each other better.

“We now know what he is thinking and he knows what we are thinking.  It is a satisfactory outcome for both sides,” said Pongsakorn, adding that General Apirat has assured that he will not meddle in political affairs. 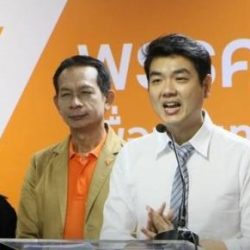 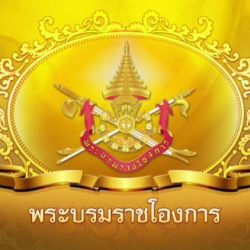