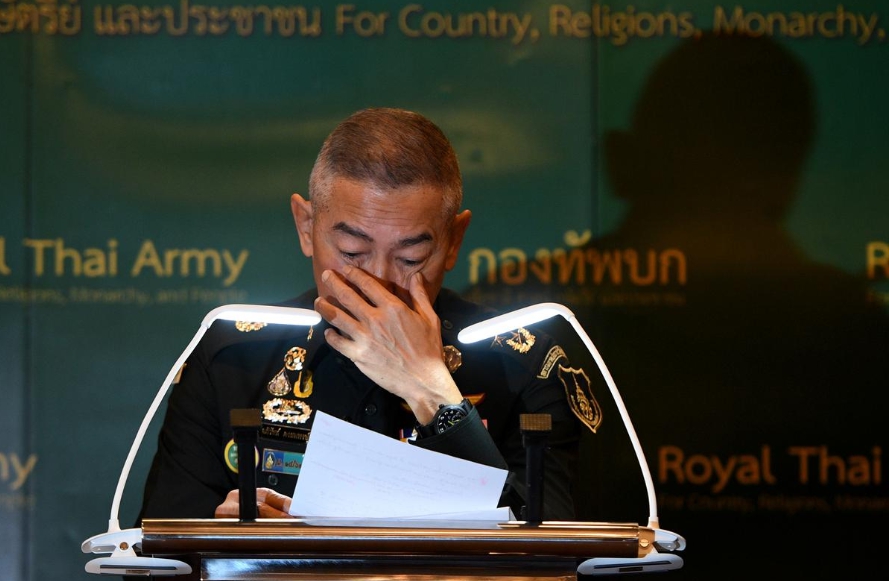 Thai army chief Apirat Kongsompong cries during a news conference in Bangkok, Thailand, following last weekend’s shooting rampage by a soldier at a mall in the city of Nakhon Ratchasima, February 11, 2020. REUTERS/Chalinee Thirasupa

Army Commander-in-Chief Gen Apirat Kongsompong confirmed this morning that a failed land deal prompted army man Sergeant Major Jakrapanth Thomma to go on a shooting rampage that killed 30 people before he was shot dead by security forces while being holed up in a major shopping mall in Nakhon Ratchasima on Sunday morning.

He admitted that incident reflected what he described as a problem of  inadequate welfare and poor treatment of the army rank-and-file by their superiors.

Speaking at a press conference, the army chief detailed the sequence of events that led to the shooting spree and the 14-hour dramatic siege at Terminal 21 shopping complex in downtown Nakhon Ratchasima.

He provided no details about the land deal which he said was the major cause of the shooting incident which he said needed to be further investigated.  He only said it involved Jakrapanth’s supervisor and some of the former’s relatives.

“It was a result of what he felt was injustice from a land deal,” he said.

Jakrapanth shot dead his commander, Colonel Ananrote Krasae, and a woman, and injured an army private following a heated argument before shooting his way into the arsenal inside the headquarters of the Battle Support Unit 2 in the northeastern province.  He said Jakrapanth, who was commander of a rifle squad, took with him an assortment of weapons, including HK-22 assault rifles and hundreds of rounds of ammunition, before starting his shooting spree while he was heading toward Terminal 21 shopping mall in a stolen army vehicle.

Trying to hold back tears and at times with his voice choked with emotion, Gen Apirat asked the public not to criticize the army as an institution for what happened.  He said the shooting rampage was an isolated incident.

“Nobody wants to see this kind of incident happen. So please don’t criticize the army or the soldiers. Direct your criticism at me, Gen Apirat Kongsompong. I am the army commander-in-chief. I am held responsible for what happened,” he said.

“The moment he started committing a crime, he was no longer considered a soldier but a criminal,” he said of the soldier-turned-gunman.

The army has come under criticisms for what its critics see as its poor security that allowed the gunman to break into the arsenal and for ignoring unfair treatments that the army rank-and-file receive from their commanders.

Gen Apirat admitted that the incident was a reminder of such problems and pledged to take actions to tackle them.

He also pledged to tighten security measures at all army units to prevent a repetition of the incident.

He said he decided to call the press conference in order to provide a complete picture of the whole incident following criticisms that he said were sowing discords in the society. 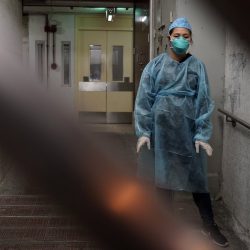 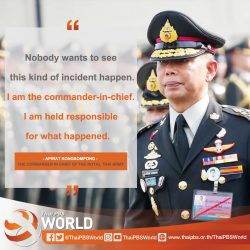