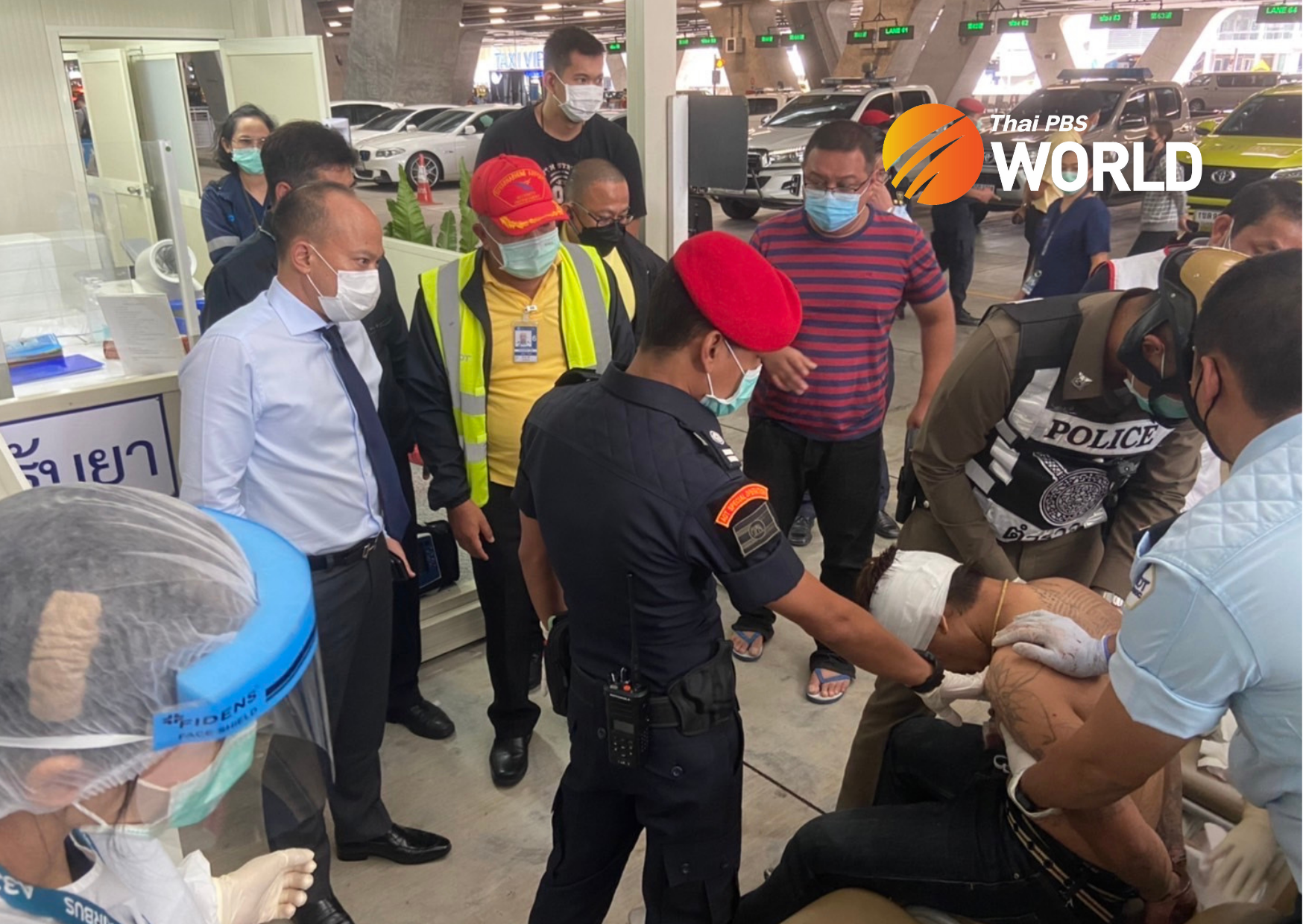 An armed man breached security at Suvarnabhumi international airport yesterday (Tuesday), driving his motorcycle into the restricted air-side of the airport, damaging two glass partitions in a boarding gate, before he was subdued by airport security within about 10 minutes, according to airport director, Kittipong Kittikachorn.

Kittipong told a press conference today that guards detected the intrusion at 11.50am, the very second that the alleged intruder breached security, and his subsequent movements were closely monitored.

He said that the suspect ran back and forth in the restricted area until he arrived at the ramp of an aircraft and used an axe, which he carried with him, to smash a glass partition.

He also said security guards subdued the suspect before he could smash another glass partition and gain access to the passenger terminal.

Kittipong assured that the incident yesterday will not affect services at the airport.

The suspect was allegedly found with a BB pistol, an axe, scissors and one methamphetamine pill in his possession.

Kittipong insisted that security officials had done everything in compliance with standard operating procedures, with full awareness of the safety of all passengers.

Suvarnabhumi police superintendent, Pol Col Jirawat Piampinseth, said the suspect will face charges of causing damage to property, carrying arms in public without proper reason, drug abuse, causing panic to other people and using a weapon or other tools to cause damage to an aircraft or other facilities of an aircraft.

He also said that the suspect spoke incoherently and was sent for a urine test, which revealed traces of drugs in his system. He will be escorted to court tomorrow, seeking approval for his further detention. 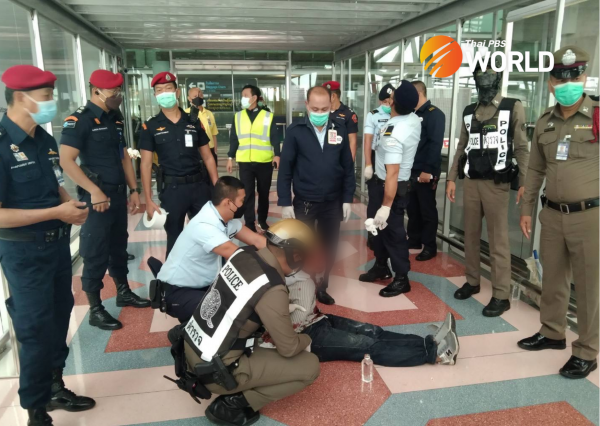 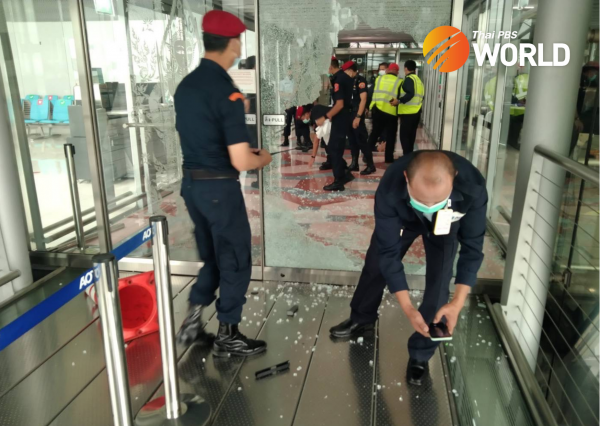 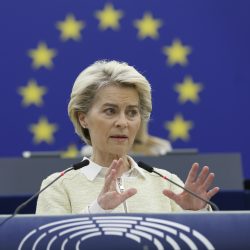 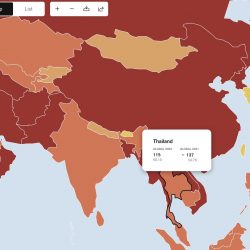