Thailand’s Appeals Court for Corruption and Misconduct Cases has upheld the 50-year prison term imposed on former Tourism Authority of Thailand (TAT) governor Mrs. Juthamas Siriwan, who was found guilty of receiving bribes from an American business couple in exchange for a US$1.8 million contract to manage the Bangkok International Film Festival from 2002-2007.

The court, however, commuted the jail term of Mrs. Siriwan’s daughter, 45-year-old Ms. Jittisopha, from 44 to 40 years, after finding her guilty of 10 counts of corruption instead of the 11 counts as determined by the Criminal Court for Corruption and Misconduct Cases in 2017.

In upholding the lower court’s verdict on Ms. Jittisopha, the Appeals Court dismissed her claim that the US$1.8 million in her foreign bank accounts were consultation fees paid to her by the American couple, Gerald and Patricia Green, on the grounds that there was no proof that she had engaged in any business or had any work experience since her graduation.

The Appeals Court dismissed the lower court’s order to confiscate the US$1.8 million in foreign accounts of Mrs. Juthamas and her daughter on the grounds that the assets seizure order was beyond the jurisdiction of the public prosecutor.

Lawyer for the two defendants, Mr. Suchart Chomkul, told the media that it was still uncertain whether his clients would appeal to the Supreme Court, adding that he and his legal team would need to study the full text of the Appeals Court’s verdict first.

After the verdict, both Mrs. Juthamas and Ms. Jittisopha were escorted by prison officials back to the women’s central prison to continue serving their sentences. 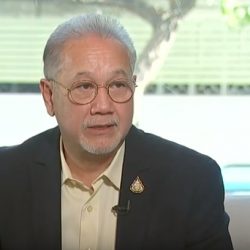 Path to the future of the Democrats: Be more responsive to all sectors of the society 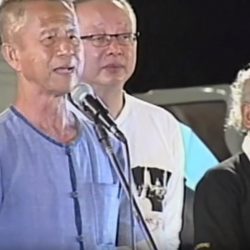