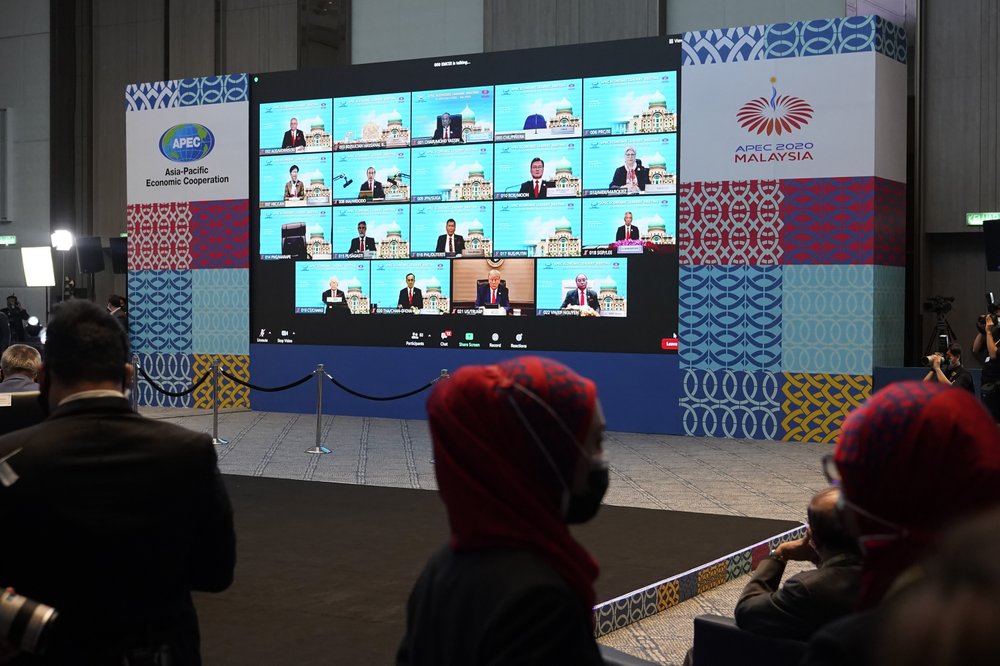 The leaders cast aside differences to issue their first joint statement since 2017, in which they agreed to further deepen regional integration by working toward a massive free trade agreement involving the 21 APEC economies.

This year’s host, Malaysian Prime Minister Muhyiddin Yassin, told a news conference that the U.S.-China trade war that had hampered talks in the past has “been eclipsed” by the COVID-19 pandemic.

With growth in the Asia-Pacific region expected to slump 2.7% this year, from a 3.6% growth in 2019, he said APEC’s focus was on accelerating economic recovery and developing an affordable vaccine.

“The health risks and its impact on the global economic ecosystem has been the major priority agenda for all APEC economies this year,” he said.

APEC, whose members account for 60% of global GDP, has also “pledged to refrain from backtracking and resorting to protectionist measures to keep markets and borders open,” he added.

The APEC leaders’ meeting was the first since 2018 after last year’s host, Chile, canceled the annual summit due to violent domestic protests. But at the Papua New Guinea summit in 2018, APEC leaders failed to issue a joint statement for the first time amid a U.S.-China row over trade policies.

Trump’s participation Friday, his first since 2017, came as a surprise as he challenges the outcome of the U.S. presidential election, won by Joe Biden. Last weekend, Trump skipped the East Asia Summits and withdrew from speaking at an APEC CEO meeting earlier Friday.

Chinese President Xi Jinping, in his remarks, urged countries to “defend multilateralism” and called for the establishment of an “Asia-Pacific free trade zone at an early date.”

If China were to join the CPTPP, that would make Xi’s government a member of the Asia-Pacific region’s two biggest trade arrangements, while Washington is part of neither.

APEC leaders adopted the Putrajaya Vision 2040, a new 20-year growth vision to replace the Bogor Goals named after the Indonesian town where leaders agreed in 1994 to free and open trade and investment.

They pledged to build an “open, dynamic, resilient and peaceful region” by 2040, and tasked officers to draw up implementation plans by next year.

“We recognize the importance of a free, open, fair, non-discriminatory, transparent and predictable trade and investment environment to drive economic recovery at such a challenging time,” according to the joint statement.

“We resolve to further navigate the region towards recovery along the path of strong, balanced, inclusive, sustainable, innovative and secure economic growth,” the statement added.

Earlier Friday, the leaders of Japan and New Zealand warned countries against the temptation of retreating into trade protectionism.

Speaking by video link from Tokyo to the meeting of APEC CEOs, Japanese Prime Minister Yoshihide Suga said “making rules for a free and fair global economy is critically important.”

While continuing to promote WTO reform, he said Japan will “aspire for the Free Trade Area of the Asia-Pacific.”

New Zealand Prime Minister Jacinda Ardern, who will be next year’s APEC host, voiced hope that APEC leaders will join hands to bolster the regional economy.

“As we confront this generation’s biggest economic challenge, we must not repeat the mistakes of history by retreating into protectionism. APEC must continue to commit to keeping markets open and trade flowing,” she said.

New Zealand will also host next year’s APEC meetings virtually due to the pandemic. 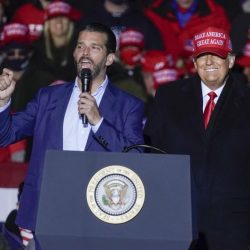