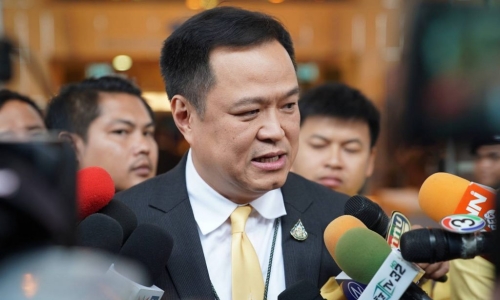 Bhumjaithai party leader Anutin Charnvirakul has cried foul over the leak on social media of a telephone conversation, apparently between two former members of the now defunct Future Forward party.

In the conversation, reportedly between former Future Forward election candidate Adisak Sombatkham and Samlee Raksuthi, a former Future Forward party-list MP who defected to the government coalition Bhumjaithai party, the latter is heard saying that he doesn’t deny that money could have been a factor in the mass defection of MPs.

Nine Future Forward MPs, including Mr. Samlee, have now officially joined the Bhumjaithai party after the Constitutional Court dissolved the party last Friday over a loan the party took from its then party leader, Thanathorn Juangroongruangkit.

Mr. Anutin, who is also deputy prime minister and public health minister, described the leaker, whom he didn’t name, as a thug who lacks political etiquette and dared the leaker to provide evidence that his party had offered money.

Anutin insisted that the party had done everything within the law adding, however, that following the dissolution of the Future Forward party, its MPs would have to join a new party within 60 days “and they came to us for talks and they want to work in the field, so we considered their request.  It was just that.” 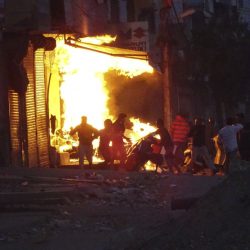 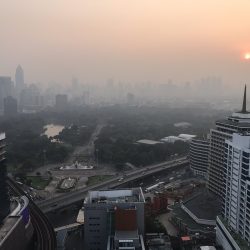 Excessive PM2.5 dust found in the atmosphere of 22 areas of Bangkok today