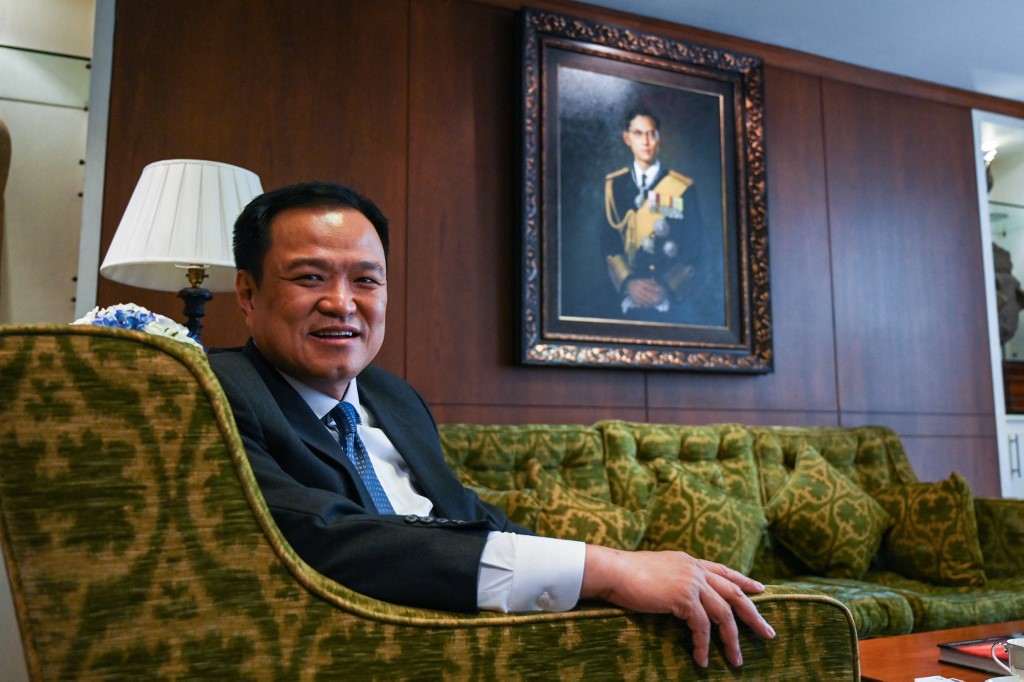 Bhumjaithai Party leader Anutin Charnvirakul during an interview with Agence France-Presse in Bangkok on April 3, 2019. (Photo by Romeo GACAD / AFP)

Tycoon-turned-politician Anutin Charnvirakul may arguably be Thailand’s most-hated public health minister by now. But to be fair, his predecessors never had to tackle the world’s worst virus crisis in more than a century.

Heading Bhumjaithai Party whose key election pledge was to legalise medical marijuana, Anutin took up the health portfolio in July 2019. But while his cannabis push has progressed well, Anutin’s campaign against the COVID-19 outbreak that emerged in early 2020 has been hit with repeated criticism and controversy.

As soon as COVID-19 hit Thailand, Anutin became a target of fierce criticism. To many, he is guilty of undermining anti-virus measures by sending confusing messages. Some of his comments were rash and had to be followed by clarifications or retractions. In other cases, the public criticised him for being too slow, especially in implementing the 14-day mandatory quarantine that protected Thailand from the pandemic overseas.

During first wave of COVID-19 last year, Anutin upset medical staff by declaring that doctors who contracted coronavirus should be punished for not taking precautions.

The comment drew public uproar for targeting brave medics battling against COVID-19, and an online campaign to oust the health minister was launched in March 2020. Anutin offered a public apology in a bid to quell the controversy.

The criticism against Anutin soon faded, partly because the spread of COVID-19 was contained effectively between April and November last year, earning international praise for Thailand.

But when the second wave emerged in December, Anutin’s response was again questioned. Critics said his threats to hold infected illegal migrant workers and gamblers responsible for the outbreak meant people would stay silent even if they suspected they were infected.  The risk of the disease spreading is higher if those exposed to the virus, which has already killed more than 3 million worldwide, refuse to come forward.

Since the third wave of COVID-19 emerged last month, criticism of Anutin has been rising fast and furious. Notably absent from Anutin’s list of culprits this time was Transport Minister Saksayam Chidchob, who in controversial circumstances became the highest-ranking government official to catch COVID-19.

Meanwhile, as the country’s virus death toll soars, the public can’t help feeling that the third wave could have been prevented or at least curbed had Thailand got nationwide vaccination rolling faster.

As of May 2, about 1.4 million Thais had received at least one dose of COVID-19 vaccine. This is still well short of the targeted herd immunity, which will require two-dose inoculation of around 50 million Thais.

Anutin responded by suggesting he would be willing to beg US pharma giant Pfizer to deliver its COVID-19 vaccine quickly. He also heaped pressure on medical workers who are being overwhelmed by the fast-rising number of COVID-19 patients.

As of press time, an online petition launched by doctors calling on Anutin to resign had attracted more than 220,000 signatures. The “Mor Mai Thon” (Doctors Won’t Tolerate This) petition campaign is concrete evidence of widespread dissatisfaction over Anutin’s management of the COVID-19 situation.

The health minister’s supporters quickly hit back, responding to the viral #Mor Mai Thon tag with “#SaveAnutin” and “#RealGoldisNotAfraidofFire”.

But another setback came when Prime Minister General Prayut Chan-o-cha seemed to point the finger at him over the COVID-19 crisis late last month.

Anutin swiftly turned the tables on the PM, declaring he had been complying with Prayut’s orders all along.

“The Public Health Ministry has been supporting the Centre for COVID-19 Situation Administration (CCSA), which is headed by the prime minister,” Anutin said.

How did he get Public Health portfolio?

Born in 1966, Anutin followed in the footsteps of his father, well-connected former politician and Sino-Thai Engineering and Construction founder Chavarat Charnvirakul. After earning success in business, both pursued political careers.

Chavarat was a political heavyweight who held several powerful positions before retiring from the scene. He was interior minister, deputy prime minister, and public health minister, and also headed the Bhumjaithai Party.

Anutin graduated from Hoftra University in New York with a bachelor’s in engineering in 1989 and returned to Thailand to run his family’s construction firm. His family has helped fund several political parties, including Thai Rak Thai (TRT) Party founded by former PM Thaksin Shinawatra.

Anutin served as deputy commerce minister under the TRT-led government and was deputy public health minister between 2004 and 2005.

However, he was banned from politics for five years when TRT was dissolved in 2007.

He made his political comeback with Bhumjathai Party and its powerful Chidchob clan.

Two years ago, Bhumjaithai won 51 MP seats at the general election and thus held sway over which side would form the government, Palang Pracharath Party or Pheu Thai.  Anutin’s Bhumjaithai has since added to its influence with the addition of 10 more MPs from the now-dissolved Future Forward Party.

Ranking among Thailand’s super-rich, Anutin is worth Bt4.2 billion according to his 2019 asset declaration. Now a divorcee, he has two grown-up children from his first marriage. He married his second wife in 2013 but divorced again in 2019. His divorce settlement included a Bt50-million payout plus monthly alimony of Bt300,000.

Anutin is also a keen pilot. For long-distance domestic trips, he invariably opts for a private jet, taking the controls himself. Fond of the Northeast’s rural tranquillity, he founded Rancho Charnvee Resort Country Club in Nakhon Ratchasima.

Anutin has said he likes to meditate regularly, a habit he says helps boost mindfulness and his ability to handle daily pressures. 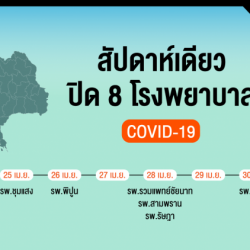 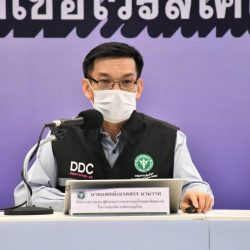