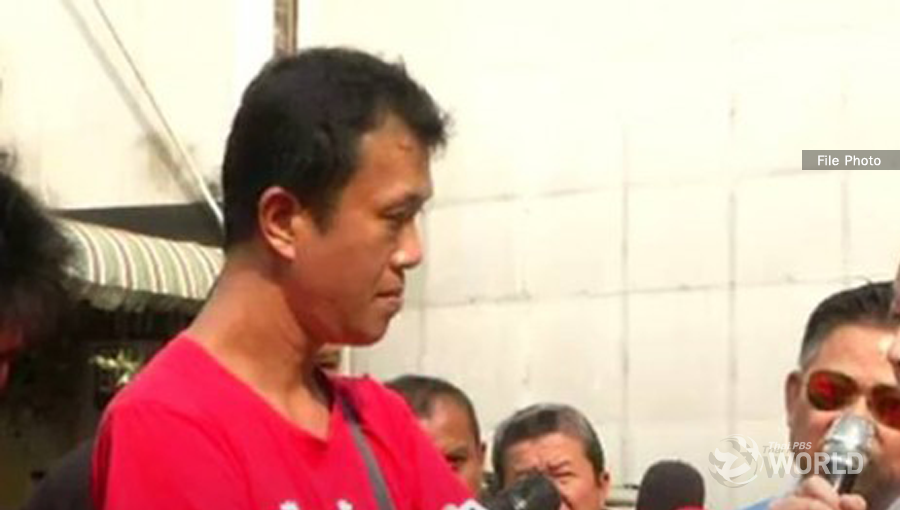 An anti-junta activist and critic Aekkachai Hongkangwan today filed a complaint with Lat Phrao police, claiming his car was set afire by an unidentified man early this morning.

Aekkachai said he was informed by a neighbor at about 9 am that his car, which was parked in front of his house in Lat Phrao area, appeared to be on fire.  He later managed to obtain a video footage from one of the surveillance cameras in front of his house showing an unidentified man whose face was covered by a hat approach his car at about 3 am and shortly afterward fire was seen burning from inside the car and the alleged perpetrator ran away.

Aekkachai said in his Facebook post that he suspected the arson attack on his car was politically motivated apparently stemmed from his political activities.

A frequent critic of Deputy Prime Minister Prawit Wongsuwan regarding the expensive wristwatch scandal, Aekkachai once taunted Prawit by wearing several cheap wristwatches which he said were borrowed from a friend.  He actively joined the pro-election activists in demanding that the election should be held on February 24.

On January 20, he claimed that he was assaulted by four men on Rajdamnoen avenue after having joined the pro-election protesters.  He was assaulted for at least four times last year by unidentified men apparently because of his anti-junta activities, he said. 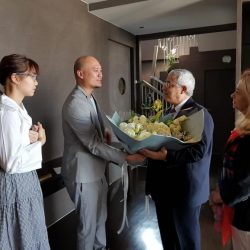