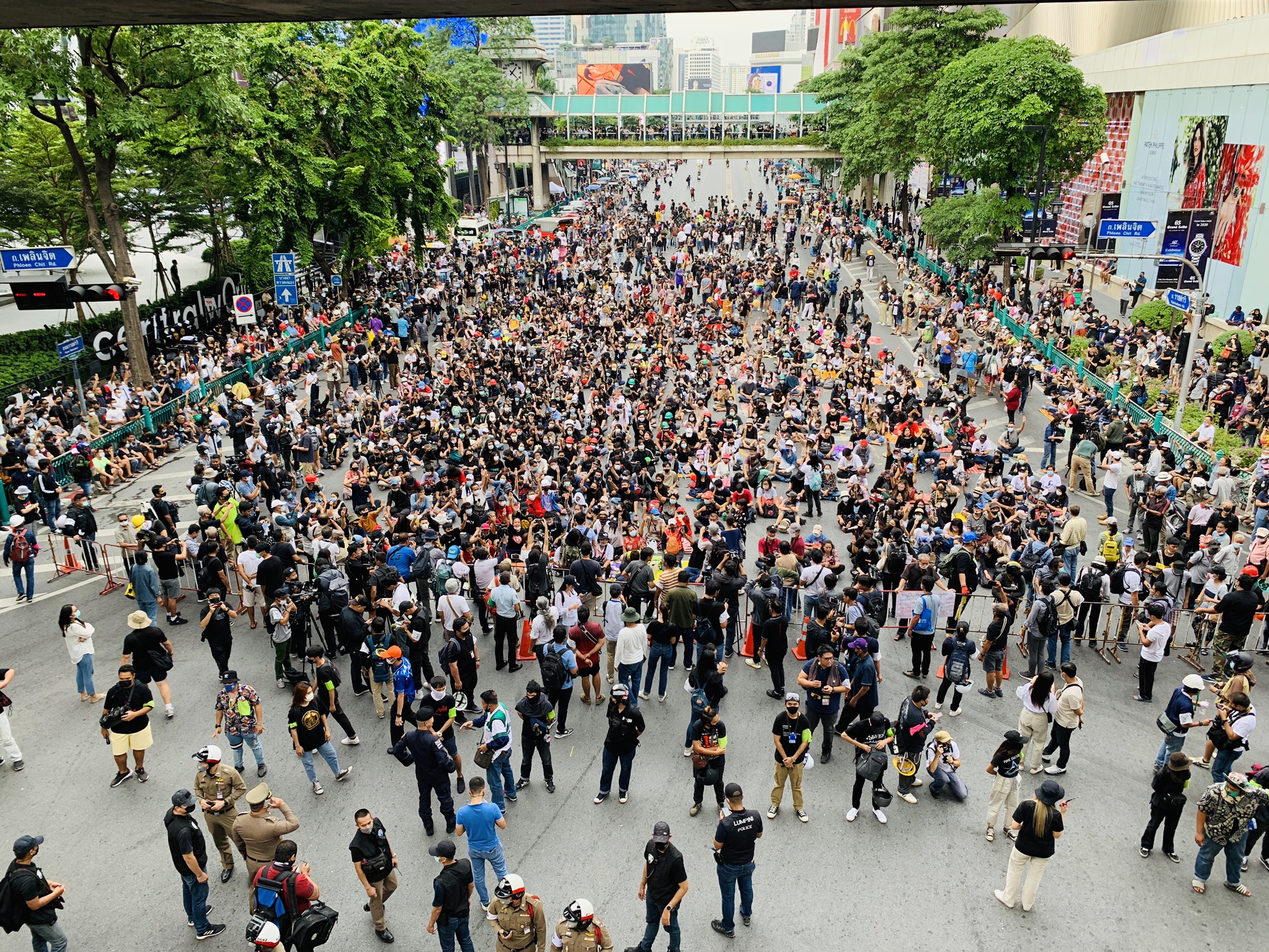 Anti-government demonstrators have started gathering again at Ratchaprasong intersection, in the heart of Bangkok, in response to a call by unidentified protest coordinators to rally at 4pm, to press for the resignation of Prime Minister Prayut Chan-o-cha.

Traffic police have closed Ratchaprasong intersection and a section of Rajdamri Road, from Central World shopping mall to Pratunam intersection, as the crowd is growing and spreading onto the road.

Many hawkers, selling soft drinks, fast food, T-shirts sporting anti-government slogans, hats and an assortment of other items, had occupied space around Ratchaprasong intersection before the arrival of the bulk of the demonstrators.

Several protesters, mostly wearing black shirts, could be seen loitering on the skywalk or at or near the McDonalds fast food outlet before 4pm, ready for the start of the rally.

A fleet of police vans have been deployed near a large Rajdamri department store, to ensure peace and order.

At about 4.12pm, traffic police asked protesters to open two lanes of Rajdamri Road, to allow several blocked cars to get through, but then decided to seal the intersection and part of Rajdamri Road as more protesters started spilling onto the road. 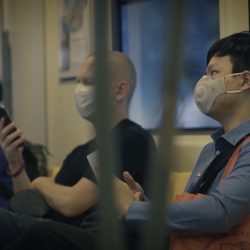