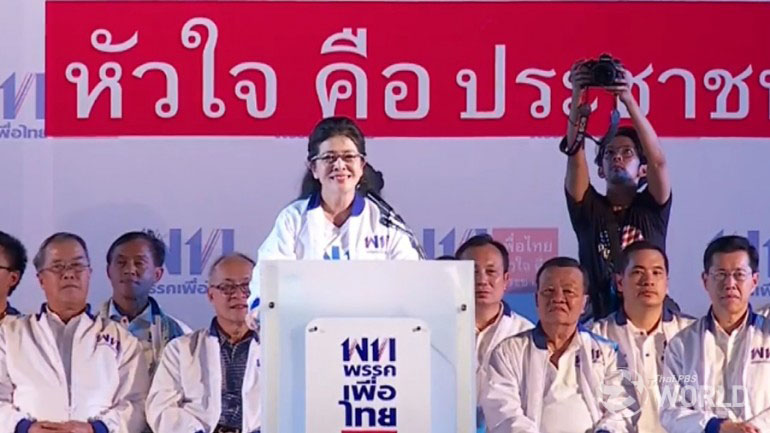 The pro-Thaksin Pheu Thai Party was aiming for the sky until it shot itself in the foot with the dissolution of its political off-shoot Thai Raksa Chart. Now it’s trying to be more realistic – but still hoping for a political salvation despite the odds.

Until recently, the idea was to win both war and battle. Before the dissolution of the Thai Raksa Chart Party, the Pheu Thai-led alliance hoped to secure more than 376 seats, which would enable it to outvote the other side and regain political power. Now, party’s insiders put the target at 251 seats, enough to attain the majority in the House of Representatives but, due to the Senate’s provisional constitutional power, insufficient for installing a prime minister and becoming a government.

The new target, however, would enable the camp to wreak parliamentary havoc or even unseat the next government if conditions are right. Most of all, the target is a lot more realistic than 376 seats, given that the Pheu Thai Party, for the first time, is fielding candidates in only 250 constituencies. The limited fielding of Pheu Thai candidates, the Thai Raksa Chart dissolution and the virtual reluctance of the “swing parties” to join the alliance mean aiming for 376 seats is virtually impossible.

The 251-seat target still requires Pheu Thai to do well at most, if not all, constituencies it is contesting in, and Future Forward to reap plenty of gains from its leader’s fresh, untested political image and the Thai Raksa Chart dissolutions. The Seri Ruam Thai Party should also chip in with a meaningful number of seats.

In other words, a Pheu Thai landslide plus good numbers of seats acquired by Future Forward and Seri Ruam Thai is a must. Pheu Thai won 204 constituency seats in the 2011 election vying for 375 seats. Contesting in just 250 constituencies this time, the party will have to top that 2011 marvellous feat.

As for Future Forward, its rising popularity has been in check lately, due to more intense scrutiny into its leader’s background and ideology. Gone has been the perception that Thanathorn Juangroongruangkit is a neutral figure who could be an alternative in a highly divisive political climate. He may be still considerably popular, realistically poised to gain a sizeable number of seats in the proportional system, but critics have dug into old records to expose him as even more ideologically outspoken than Thaksin Shinawatra.

Thanathorn and top party figures have dared say things Thaksin wouldn’t say, publicly at least. But while Thanathorn’s boldness could be lauded by some, the things he said in the past and the party said in the wake of Thai Raksa Chart’s dissolution can never reinforce an image of “neutrality”. Future Forward has been pushed toward identifying itself with one side of the political conflict, whether Thanathorn intends it or not.

Seri Ruam Thai is a mini version of Future Forward. This makes the upcoming election fascinating indeed. While the Palang Pracharat, Democrat and Action Coalition for Thailand parties will be competing for anti-Shinawatra votes, Pheu Thai, Future Forward, Puea Chat and Seri Ruam Thai will fight for pro-Shinawatra ones. Both camps have their own markets, albeit voters who base their ultimate decisions not on policies, but on their fondness or dislike of Thaksin.

Thai Raksa Chart’s announcement of Princess Ubolratana as its prime ministerial candidate was meant as the means to win the “battle” which would ultimately lead the camp to win the war. As it turns out, the “battle” is unlikely to be won now. The Pheu Thai alliance can maintain hope to win the “war” by using a House of Representatives majority to knock its opponents out when the window of opportunities opens. How realistic that hope actually is will be known in just a few days. – By ThaiPBS World’s Political Desk 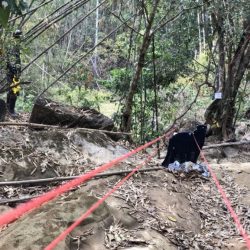 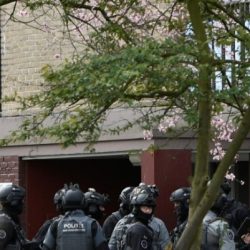