Amnesty International calls for release of all activists held on remand 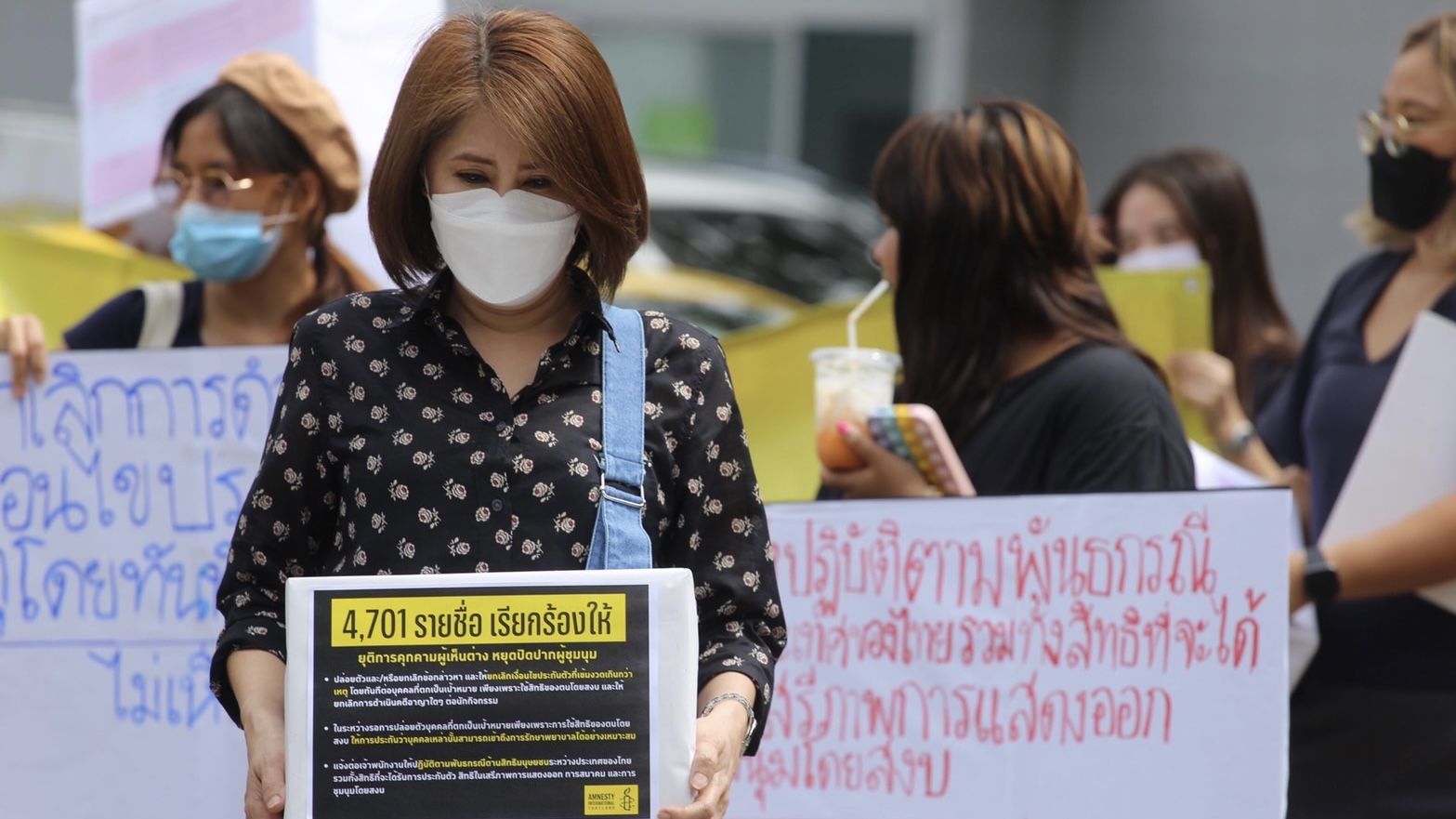 Representatives of Amnesty International (AI) Thailand and other human rights advocates rallied in front of Thailand’s Ministry of Justice today (Wednesday) to submit a petition, addressed to Justice Minister Somsak Thepsuthin, urging him to consider releasing all activists being held on remand for their expression of political opinions deemed to offend the monarchy or threatening national security or public order.

Holding a large banner that reads “The Right to Bail is A Human Right”, the group presented the petition signed by 4,701 people demanding that the government strictly comply with its obligations under the principles of international human rights, which cover the right to free expression, free assembly and the right to be granted bail pending trial.

AI Thailand Director Piyanut Kotsan said that, in the past month, AI Thailand launched a worldwide campaign calling for the release of two hunger strikers, Netiporn Sanesangkhom and Nutthanit Duangmusit. They were finally released on conditional bail on August 4th. She said that the hunger strikers are still going through a long process of rehabilitation at a hospital, made necessary by their 64-day hunger strike adding, however, that there is still another hunger striker being held on remand, Tantawan Tuatulanon, who has been kept under house arrest, even though she was recently released on bail.

In the petition, Piyanut said that AI Thailand and human rights advocates are also demanding that the government drop all the charges against them and scrap the stringent bail conditions.

One of the demonstrators, Somyot Prueksakasemsuk, who was released in 2018 after spending 7 years in prison for lèse majesté before being charged with the same offence again in the recent round of protests, said that all such detainees should be granted unconditional bail, as the charges against them are excessive and not proportional to their alleged offences. 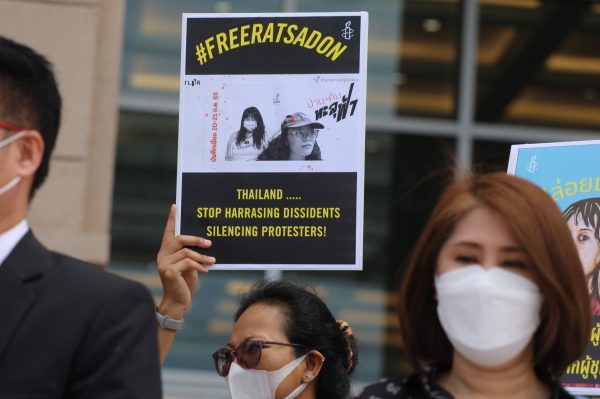 He said that none of the remanded activists have been found guilty by a court yet and, hence, they should not be incarcerated or forced to wear electronic monitoring bracelets after being “released” on bail.

Somyot explained that some activists who conducted a public survey about royal motorcades did not harm or offend anybody in particular, so they should not have been charged.

Many of the detainees were charged with lèse majesté, violations of the Computer Crime Act and illegal assembly, among others. 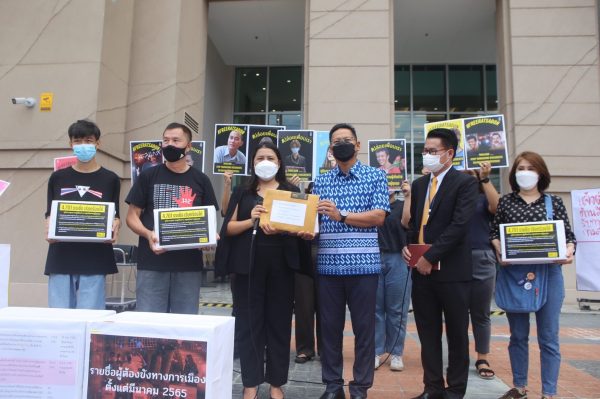