Amid a sharp decline in tax collections due to COVID-19, Thailand’s newly levied e-service tax has emerged as a welcome source of revenue for the exchequer.

The 7 percent value-added tax on non-resident electronic platforms selling services to customers in Thailand came into effect on September 1.

Some 90 platforms, including Facebook, Netflix, Tencent, Alibaba, Agoda, and Airbnb have already registered with the Revenue Department.

The first batch of revenue from these tech firms would be realized on October 25.

Who needs to register

Non-resident electronic platforms with income exceeding Bt1.8 million annually from services provided in Thailand need to register, according to the Revenue Department.

Large foreign platforms are unlikely to bear the cost of the 7 percent VAT and are likely to transfer the burden to consumers in Thailand.

So, consumers could end up paying an additional 7 percent for the services.

The new tax will create a level playing field for both local and overseas companies, as local service providers and operators have been paying 7 percent VAT for a long time, something the foreign companies were exempted from until now.

The Revenue Department aims to collect Bt5 billion e-service tax in the current fiscal year from foreign sellers. Online shopping has been on the rise and the COVID-19 fallout has drawn even more people to online shopping. Despite the slowdown in economic growth, the target of Bt5 billion is expected to be met due to rising online shopping, according to tax officials.

The government’s revenue from tax and transfers from state enterprises in the first 10 months of fiscal 2021 (October 2020 to August 2021) totaled Bt1.91 trillion, which is Bt216.88 billion lower than the target. It was 10.2 percent below the target, largely due to the impact of the health crisis.

The government had targeted revenue of Bt2.4 trillion against the planned expenditure of Bt3.1 trillion for the fiscal year 2021  (October 2020 to September 2021). This would have resulted in a budget deficit of Bt700 billion or 4.04 percent of gross domestic product. But due to the impact of the pandemic on the economy, tax revenue is expected to fall short of the target.

Recently S&P Global Ratings, the American credit rating agency, had predicted a higher budget deficit for the government this fiscal year due to a shortfall in tax revenue.

S&P, however, still believes that Thailand’s public finance remains resilient despite the deteriorating economic situation. It reaffirmed the country’s sovereign credit rating at triple BBB+ plus, an investment grade, with a stable outlook. Not having a sovereign credit-rating downgrade would enable the Thai government to borrow funds at a low cost.

Tax incentives at what price?

Thailand’s Board of Investment has long played a key role in providing tax privileges to foreign firms as the country wants more foreign direct investment (FDI).

The government has been promoting investment in the Eastern Economic Corridor (EEC) with generous tax incentives, including a flat 17 per rate for personal income tax as compared to the normal progressive rates between 5 to 35 percent.

The government plans to offer companies tax exemption for up to 15 years.

On the bright side, the tax privilege seems to make Thailand attractive for foreign investment but on the flip side, it could inflict tax losses on the government. Critics have argued that the BOI’s tax incentives should be abandoned. They have also pointed out that the tax scheme puts small local companies at a disadvantage against multinationals due to the distorted tax scheme. 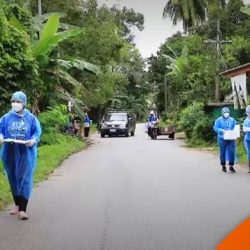