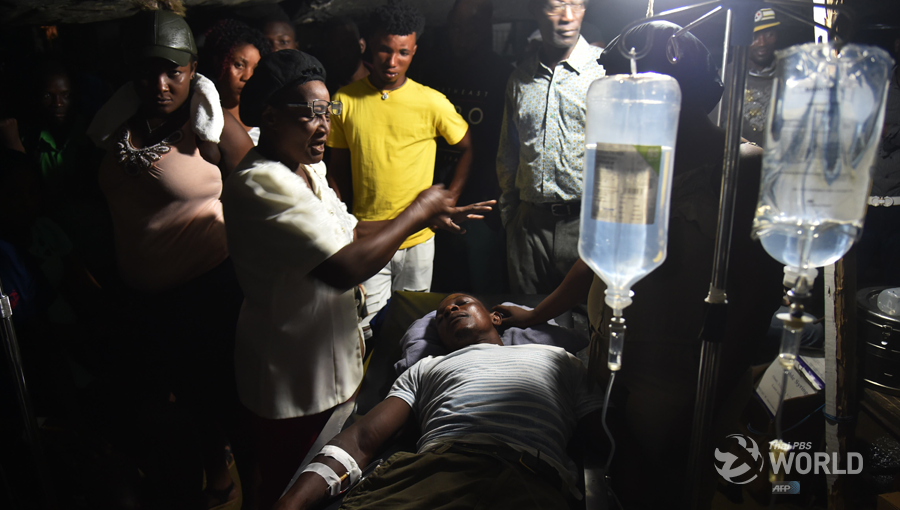 A woman prays next to an injured man in the Immaculate Conception Hospital in Port-de-Paix, Haiti, on October 7, 2018. A strong aftershock sent panicked residents fleeing into the streets on October 7 — hours after a 5.9-magnitude earthquake killed at least 12 people along Haiti’s northwest coast.

A day after a 5.9-magnitude earthquake killed at least 12 people along Haiti’s northwest coast, a strong aftershock sent panicky residents fleeing into the streets, witnesses and the authorities said Sunday.

In addition to those killed by the original quake, more than 188 people were injured and several homes and public buildings were damaged or destroyed in the poverty-stricken Caribbean nation.

The epicenter of Saturday’s quake was about 19 kilometers (12 miles) northwest of Port-de-Paix, the US Geological Survey reported.

Moise tweeted pictures from Port-de-Paix, where he was briefed at the region’s emergency response center, met with victims, viewed damage to the police headquarters and offered thanks to local police, lined up for review. He reported seeing damage to other buildings as well.

Moise also visited Gros-Morne, about 50 kilometers to the southeast. He praised residents for their “show of solidarity and support,” and urged them to remain calm.

Government spokesmen said eight of the 12 reported deaths occurred in Port-de-Paix, capital of Haiti’s Nord-Ouest department, three were in Gros-Morne and one in Saint-Louis-du-Nord. 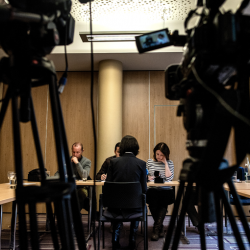 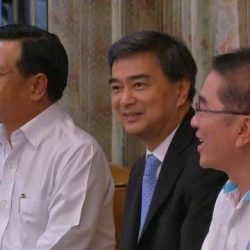 It's a three-horse race for Democrat party leadership