Two recent oil spills off Rayong province are just the latest in a long line of similar disasters in Thai seas. Records reveal that more than 200 oil spills have occurred over the past five decades, with little apparently being done to tighten regulations, restore the environment or compensate locals for the damage to their livelihoods.

Now, experts are urging the government to shift the compensation burden from public funds onto the companies that cause the disasters. This could be done via mandatory environmental insurance and also an Environmental Guarantee Fund (EGF) for businesses such as mines, petrochemical plants, ports handling hazardous goods, coal-fired power plants, oil refineries, and petroleum operations.

“If we adopt an EGF, government agencies will not have to dig into their own pockets to clean up oil slicks and compensate those [local people] affected,” said Sonthi Kotchawat, an independent expert on environmental health.

He added that if environmental insurance policies were available, insurance companies would also help audit projects with potential environmental risks in a way that could cut the risk of disastrous pollution.

“I have already proposed the ideas of EGF and environmental insurance to the government via the House Committee on disaster prevention and mitigation,” said Sonthi, who is also a member of the committee.

Will government give the nod?

While Sonthi is convinced it is time for Thailand to adopt EGFs and environmental insurance, he is skeptical the government will approve his panel’s proposal. He said the authorities may be concerned that these initiatives would drive big investors to relocate their businesses out of Thailand.

But Sonthi insists that big projects with the potential for adverse impacts on the environment should have a duty to set up EGFs. In the case of industrial accidents that lead to catastrophic pollution, EGFs will pay out money for environmental recovery and compensation.

It is also possible to enshrine such guarantees clearly in environmental impact assessments (EIA) attached to big projects. Likewise environmental insurance. Then, if the project in question causes severe damage to the environment, health, and livelihoods of locals, compensation will be awarded by the polluter rather than the public.

“Other countries such as the United States and the Philippines have already embraced this approach,” Sonthi said.

In 2013, more than 50,000 liters of oil gushed into Rayong’s sea from a PTT Global Chemical pipeline. A massive clean-up operation was launched using ships and aircraft, but oil contamination caused severe damage to the marine ecosystem and beaches. More than 400 local fishermen and tourism entrepreneurs asked the Community Resources Centre Foundation to represent them in a class-action lawsuit for compensation.

However, the court of the first instance offered just Bt90,000 per fisherman and Bt60,000 per tourism entrepreneur. It also dismissed calls for an ecological recovery fund to be established.

After the plaintiffs appealed, the Civil Court of Appeals on September 1, 2020, raised the compensation amount to Bt150,000 per fisherman and Bt120,000 per tourism entrepreneur. It also ruled that the plaintiffs and defendant should consult experts to draw up guidelines on rehabilitating the polluted sea and beaches around the holiday island of Koh Samet.

“It took six years to get such a ruling,” Sonthi complained. “Things would be different if the polluters had an EGF.”

Penchom Saetang, director of Ecological Alert and Recovery Thailand (EARTH), laments that Thailand has failed to learn lessons from previous incidents by developing a master plan to prevent disastrous oil spills. She also suspects that data disclosed about leaks and risks is not transparent.

“The oil pipeline network in the Gulf of Thailand is now 30 to 40 years old. There is a possibility that pipes are leaking somewhere,” she said.

Penchom said records indicate more than 200 oil spills have occurred in Thailand since 1973. One of the largest such disasters was the 2013 Rayong spill, where massive amounts of potentially health-damaging dispersant chemical was also used during clean-up operations.

“Our survey in 2013 found huge damage to marine animals [from the spill and clean-up],” Penchom said.

The company drew criticism for repeatedly revising its estimate of how much oil leaked from its pipeline on January 25. Its latest figure of 47,000 liters is far lower than the 400,000 liters mentioned in initial news reports.

A naval unit in charge of cleaning up the oil slicks from the leak said the 400,000-litre figure was an estimate for the worst-case scenario, but further inspections indicated the situation was not that bad.

However, another leak was reported at the same spot on February 10, so the total amount of oil spilled from SPRC’s operation has yet to be officially established.

However, Sonthi pointed out that the Pollution Control Department reported using 85,400 liters of chemical dispersants for the clean-up. Normally, that amount is used to disperse more than 800,000 liters of crude oil.

Dr. Renu Vejaratpimol, an independent expert on environmental and industrial pollution, said the government should seek compensation from SPRC for expenses it incurred during the clean-up operation, environmental rehabilitation, ecological recovery, etc.

“Requiring that the polluter pay is possible under the Water Resources Act,” she said, while acknowledging that EGFs are not available in Thailand to date.

Greenpeace Thailand has also demanded that the polluter be held responsible for damage caused. 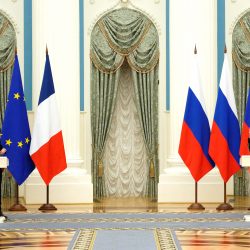 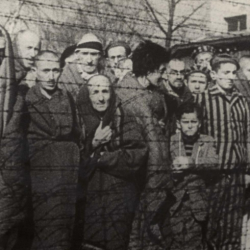 Holocaust – the crime the world ignored