Thailand’s top folk rock singer and composer Yuenyong Opakul, known as ‘Add Carabao’, has joined the chorus of protest by civic groups and organic farmers against the government’s refusal to ban the use of three toxic pesticides, namely paraquat, glyphosate and chlorpyrifos.

‘Add Carabao’ and his famous Carabao rock band on Monday released a music video, entitled “What would you do, Phi Too (Prime Minister Prayut Chan-o-cha’s nickname)?” via Carabao’s YouTube channel.  The song has already scored 580,000 hits.

Directly addressed to the Prime Minister, whom ‘Add’ likened to his elder brother, the singer highlighted the government’s refusal to ban the three toxic chemicals and urged the Prime Minister to act to end the poisoning of the land in this country immediately.

The essence of the song is that people are dying slowly because the government allows the use of three chemicals which are already banned in foreign countries.

“When I was young, I used to catch Siamese fighting fish in the streams in rice fields, but there are no longer fish (in the streams) and all the frogs are dead. It is saddening, despite the fact that we knew the chemicals kill weeds, but the Thai people pay dearly with their lives.

The government of the people must work for the people who elected them into the office and protect two things of value, the faith and life of the Thai people. Toxic chemicals are the real problem. Just plead for safety because (I) love eating fruit and vegetables and don’t want to die young because of cancer.”

Thai civic groups, including Bio Thai, have been campaigning for a ban on the three toxic chemicals. The Ministry of Public Health is also against the use of the chemicals, but the Ministry of Agriculture and Agricultural Cooperatives has refused to end their use, claiming that many farmers will be hard hit because their crops will be affected without the weed killers.

Instead of banning or phasing out the chemicals, the government has chosen to control their use by requiring users to undergo training for their own safety and for proper use of the chemicals. 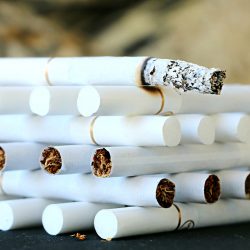