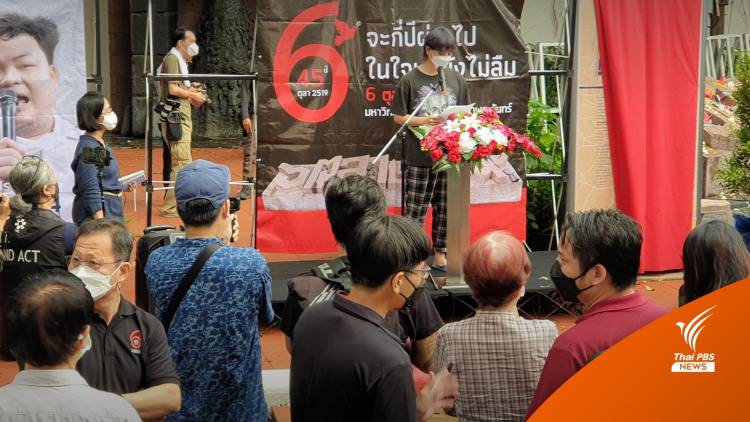 The commemoration of the October 6th massacre took place today at the Tha Phra Jan campus of Thammasat University in Bangkok, with many political activists, former student activists who took part in the 1976 protests, families of the deceased victims, academics and students taking part.

The vigils started with an alms giving ceremony in the morning, when the organising committee asked participants to stand in silence to pay respects to the deceased victims. At the same time, organisations laid flowers and garlands in the October 6th courtyard within the campus, while a student from Thammasat University read the names of those who died.

Later, Krisadang Nutcharat, from the Centre of Thai Lawyers for Human Rights, gave a speech, as a former student of Thammasat University, in which he said that the October 6th massacre was the day on which students did not receive justice from the military government at the time, while the military have never been held accountable for their brutal actions. The day is also remembered for the brutality used against the Thammasat University students, which is not often mentioned in Thailand’s political history. An amnesty was granted to those who used brutality against the students.

Thanathorn said that today’s vigils are to reflect on how we want the country’s future to be and the massacre should serve as an indelible reminder of how the country should accept our differences and strive live together despite them.

At 4pm, student representatives, the United Front of Thammasat and Demonstrations Group, current students and academics will be making speeches related to the massacre.

According to officials, 46 were killed and 167 were wounded on October 6th, 1976, as students and other leftist demonstrators protested the return of former dictator Field Marshal Thanom Kittikachorn. However, it has been reported that over 100 protesters were killed. 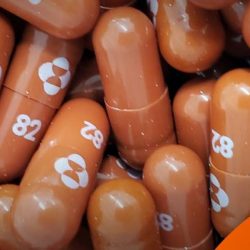 Thailand to import 200,000 courses of Molnupiravir anti-viral drug from USA 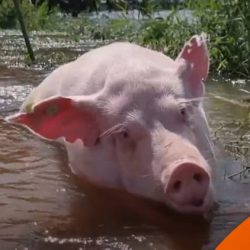