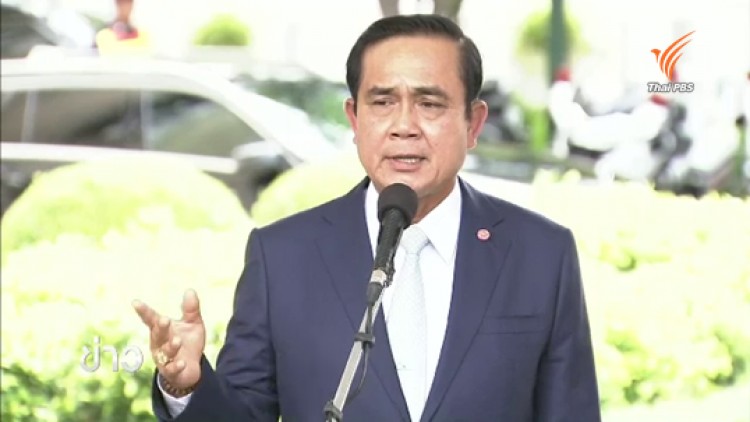 In just a few more weeks, Prime Minister Gen Prayut Chan–o–cha will make known his political future.  Many may wonder why Gen Prayut needs to wait until September to unveil what is in his mind.

Political observers believe the prime minister is not just trying to buy time, but his move is well–calculated.  If everything goes right, the two laws on MP elections and selection of senators will be published in the Royal Gazette in mid–September. They will take effect 90 days after that and a general election will have to be held within 150 days afterwards.

Also in September, the National Council for Peace and Order (NCPO) plans to hold a long–awaited meeting with representatives of political parties to discuss steps to pave the way to the election.  One important item on the agenda will be the partial lifting of the ban on political activities.  Politicians see the ban as a major obstruction to their preparations for the election.

But while political parties have their hands tied by the ban, supporters of the prime minister have been busy poaching potential election candidates from rival political parties and wooing voters in the guise of mobile cabinet meetings in various provinces.

Standing out is a political group known as “Sam Mitr” (Three Comrades) which is seen as a political arm of the military junta entrusted with the job of building political groundwork for Gen Prayut to return to power through the ballot box. Heading the group are two veteran politicians, Suriya Joengrungruangkit and Somsak Thepsuthin, both former MPs previously allied with former prime minister Thaksin Shinawatra.

Key members of the Sam Mitr group have been actively snatching dissenting members of Pheu Thai Party with the hope of undermining the political base of the former ruling party.  When asked why the Sam Mitr group is allowed to engage in political activities with apparent impunity, Deputy Prime Minister Prawit Wongsuwan’s reply was that it was not a political party.

The Sam Mitr group is not alone in shoring up support for the junta. The newly–formed Pracharath Party which draws support from several key figures in the current government is openly supportive of Gen Prayut.   And no less visible is the Action Coalition for Thailand Party whose de facto leader Suthep Thaugsuban, who led the anti–Shinawatra street protest prior to the coup in 2014, has made no secret of his support for Gen Prayut.

As Gen Prayut leaves everyone guessing as to what his future plan is, it’s most likely that the upcoming election will turn out to be a three–horse race.  The former ruling Pheu Thai Party will definitely do everything it can to try to make a political comeback. But faced with a leadership struggle and poaching of its former MPs, the party knows it’s facing a daunting challenge.

On the other end is its erstwhile political foe, the Democrat Party.   Thailand’s oldest political party has been left out in the political cold for quite some time and sees the upcoming election as another chance for a revival.  But the party is caught in a dilemma. Its current leader Abhisit Vejjajiva has made it known that backing Gen Prayut as prime minister is out of the question. And on the other hand, given their past animosity it would be a political suicide for the Democrat to ally with Pheu Thai.

In between are the emerging political groups that have been making headlines in recent months.  And since their bet is on Gen Prayut, it’s unimaginable that they can form an alliance with either Pheu Thai or the Democrat – at least as the way things are at the moment.

Whether or not Prime Minister Prayut will eventually throw his hat into the ring is a big question mark.  The Constitution has been designed in such a way that he will not necessarily have to run the election himself and yet can expect to have the premiership handed to him in a silver platter.  But the possibility of Gen Prayut officially allying himself with one of the political parties cannot be totally ruled out – by having his name in the list of candidates as prime minister. But that  means he will have to be absolutely sure that the party stands a chance of winning the election with a substantial number of seats.

Pheu Thai, meanwhile, could end up joining forces with the Future Forward Party of businessman–turned–politician Thanathorn Joengrungruangkit who has been openly hostile toward the military junta. But

Apparently worried with the defection of his former MPs to the Sam Mitr group, fugitive former prime minister Thaksin Shinawatra recently has gone into an offensive mode in the social media to remind former Pheu Thai MPs and members that he is not giving up his fight yet. There is no question that Thaksin intends to show the world who is still calling the shots in Pheu Thai Party.

PM threatens to take legal action against some media