A potentially historic day to watch 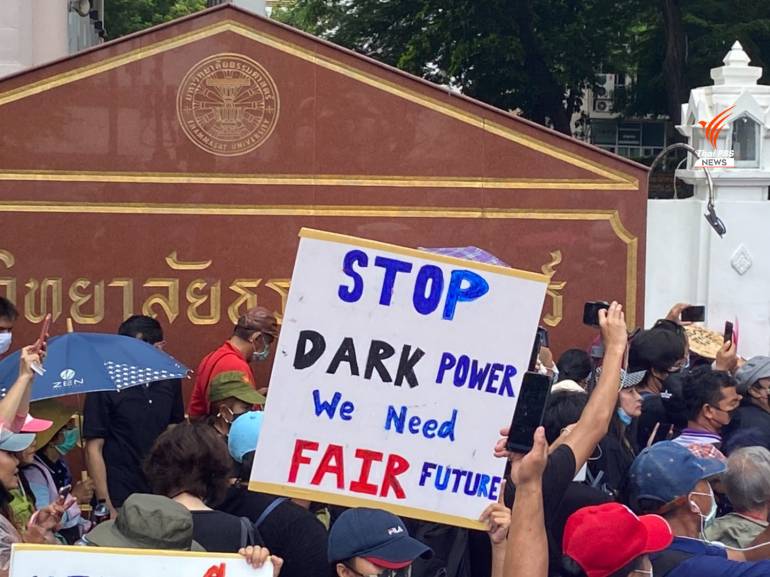 All eyes are focused on Thailand’s student-led protest today, with a sense of anxiety over how it will develop.

This morning (Saturday), Thammasat University’s Tha Prachan campus remains closed. after guards placed chains on all its gates, except the one leading to Phra Arthit Road, at about 8pm last night, to prevent protesting students from using the campus. There are no signs that the sealed gates are being breached by protesters, although some protest leaders have made clear that they will press ahead with their original plan to use the campus.

Silpakorn University, which is located next door, was also ordered closed during the weekend by the Rector, Associate Professor Chaicharn Thavornvech, for the safety of its property and personnel during the protest.

Both the campus and Sanam Luang, a nearby open area, which has been mentioned as the likely alternative location for the protest, are still quiet this morning, probably because of the drizzle, caused by the approaching depression, Noul, which many have discouraged protesters from turning up.

Police and army security forces have, however, already been deployed at checkpoints, set up to screen for weapons along the route through the Ratchadamnoen Avenue to the Royal Plaza, believed to be the intended destination of the protest march scheduled for Sunday.

Informed military sources said Army Commander-in-Chief General Apirat Kongsompong has ordered officials to take precautionary measures to prevent protesters from breaking into the army headquarters, located on Ratchadamnoen Nok Road, which is located on the route to be used by the protesters for their march to Government House and the Royal Plaza.

Water cannons will be placed on standby in front of the army HQ and officials will be deployed to deal with the protesters, in case some try to break in. Concrete and plastic barriers will be placed at the Royal Plaza, believed to be the marchers’ intended destination, to block them from getting within 150 metres of a palace located there.

Public Health Minister Anutin Charnvirakul has ordered health officials to be stationed at the protest site to distribute face masks and to make hand-sanitizer available as part of the measures to prevent the spread of COVID-19.  First-aid services are also on standby.

The Thammasat Alliance group, which is leading this protest, has unveiled a list of 15 speakers, who will take to the stage to address the crowds.

The topics to be discussed on stage range from reform of the Monarchy, educational reform, and a new constitution to self-determination for Malay Muslim people in Thailand’s strife-torn Deep South. 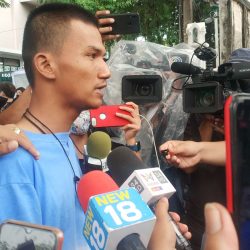 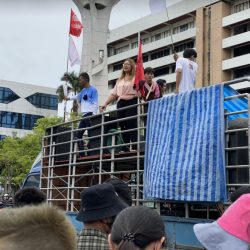