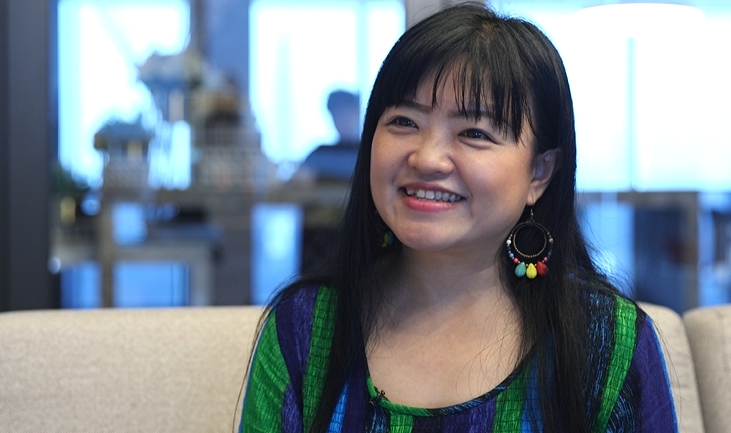 Sornsawan Geasee, 5, and her kid brother Thianravit Geasee, 3, must be wondering why their mother always acted weird in front of them. Instead of talking to them in Thai like all adults in the neighborhood and elsewhere, she chitchatted with them, reprimanded them or gave them instructions in English.

The children are too young to appreciate what their mother is doing, but the family is already reaping the profits. Salinee Geasee, a native Thai speaker, has successfully taught her children to become bilingual. She started to speak English with them when they were 8 months old, by talking to them only in English every single day. Now Sornsawan and  Thianravit can communicate in English fluently.

Salinee is a smart planner. In addition to speaking to her kids in English, she decided to enroll her children at the Pei-ing Chinese School, rather than an English program or International school. Despite studying at a private school, the tuition fee costs around ฿10,000 a semester, incredibly cheap compared with other private bilingual schools.

She admitted that she did not expect her children to become excellent in English. She had hoped that her method would help them get familiar with it and have fun when learning the language. “I just wanted them to have a good attitude, then they would be open-minded about learning and, if they feel that they can do it, then that would boost their self-esteem.”

Thailand’s education system has been in crisis for years, which has resulted in reduced national competitiveness. In every international education test, Thai students show very low proficiency in most subjects.

For instance, Thailand was placed 74th out of 100 countries in 2019 in the EF English Proficiency test, organized by Education First. The very poor performance by Thai students means the country ranks third from the bottom for English proficiency among ASEAN nations.

When asked why she decided to teach her children by herself, rather than leave the job to the teachers, she said, “it’s because I can’t rely 100% on the education system in the school. When I studied at the lower secondary level, I taught myself speaking and listening skills. Then I could communicate verbally in English when I was 16 or 17 years old, despite studying the language at a very young age. So, it proved to me that the Thai education system is unreliable. If a student cannot speak English, and it is not his or her fault, then whose fault is it?”

Salinee pointed out the reasons why the majority of Thai students, who learn English in school, fail to use the language verbally. First, children do not have enough time to practice.

“Supposedly, in a 50-minute class, they spend 40 minutes on grammar, what about the other 10 minutes? You must understand that, if you learn a foreign language, or any other language, you have to take time and have to use it every day. You also have to be patient, but most Thai schools stick to their curriculum, which is designed or assigned by the government and tend to focus more on grammar.

When Sornsawan was 18 months old, Salinee took her elder daughter for regular health and development checks at a hospital. The paediatrician discovered that the toddler could say only short words, and was unable to string together a full sentence. Salinee was advised to stop speaking English with her daughter, and concentrate on her mother language, to prevent the girl getting more confused, which might lead to further delay in language development. Nevertheless, Salinee did not give up. She ignored that advice and has continued speaking English with Sornsawan.

Practically speaking, bilingualism itself does not cause delayed speech development.

According to Dr. Suriyadeo Tripathi, delayed language is not a barrier for bilingual or multilingual learning. “In medical terms, we found out that most of the multilingual children have very high intelligence, not delayed speech ability. What we are concerned about in multilingual linguistics is the frequency or regularity, because when you use them you retain them, but if you do not use them you will lose them. I mean that language is used for listening, reading and speaking, not for grammar or examination, and this should be the core objective.”

Added the pediatrician and director of National Center for Moral Promotion (Public Organization), Thailand: “Multilingual children do not suffer from delayed speech; on the other hand they show a strong ability to access information easily and might be of higher intelligence than those who are monolingual.”

– The power of parents –

Dr. Suriyadeo emphasized the importance of family, which is the most influential environment and more valuable than school. “First of all, we are concerned about the bio ecology of human development. Every kid has their immediate environment, which we call the micro system. Micro system not only means school, it also means family and the direct biological parents, who are their greatest influencers. Even if you send your kids to an expensive school, it does not mean that you can ignore your kids, but you must spend quality time together in your home”.

Likewise, Salinee said she wants to tell all parents that they play a very important role in their child’s learning. “Parents’ help matters in every subject and every skill. I mean in terms of discipline or the way they deal with their lives and how they face difficulties in their lives in the future, it is all based on family.  So, no matter what you want to teach your kids, not only English, we need to teach them when they are very young. It will be very effective.”

Many parents see Salinee as a role model, yet they are unable to teach their kids to speak English like she does. She suggests useful tips for parents. For example, the principal of substitution. “You have to substitute Thai sentences with English sentences, two sentences a day is OK for a start. Then you expand that to speak more and substitute it, do the substitution and you will be able to speak more and more English every day. You don’t need to be perfect to speak English to your kids, not necessarily. Just start with the first sentence and it will lead to the second sentence, later the second sentence will lead to the third sentence.” 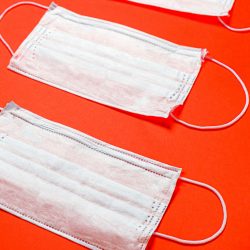 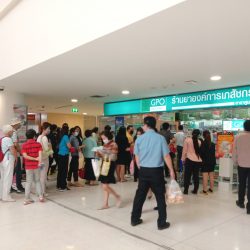