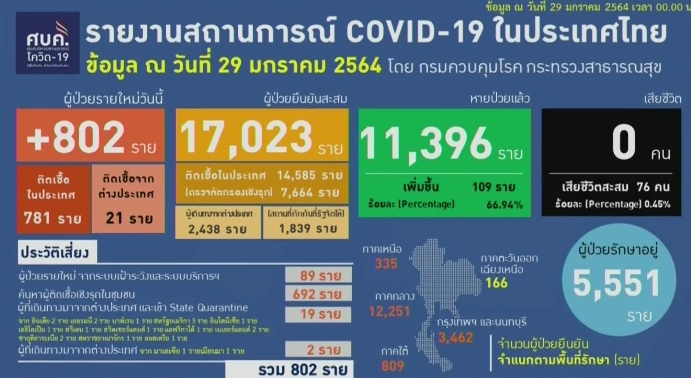 The CCSA announced that 802 new cases have been recorded today (Friday), 781 of which are local transmissions, mostly found through proactive screening, and 21 imported cases.

The CCSA spokesman, Dr. Taweesin Wissanuyothin, announced today that, from December 15th to January 29th, 7,664 of all infections were found by proactive screening, 98% of them are in Samut Sakhon province, 1.2% in Bangkok and 0.8% are in other provinces.

Currently, 5,314 people are still receiving treatment in hospitals, while 109 new recoveries have also been recorded, bringing the number of recoveries in the latest outbreak to 7,456.

No new fatalities have been recorded today, therefore, the death toll remains at 76.

Meanwhile, Samut Sakhon reported 765 new COVID-19 cases last night, 686 of whom were found during proactive screening, with the majority being migrant workers. This brings the total in the province to 8,845, with 640 people currently receiving treatment and 4,356 others under observation. 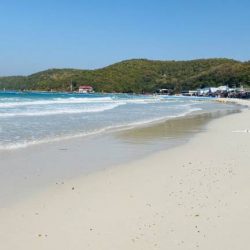 Hotels and tourist attractions in Chonburi ordered to close temporarily 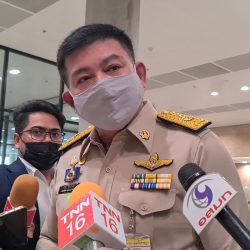