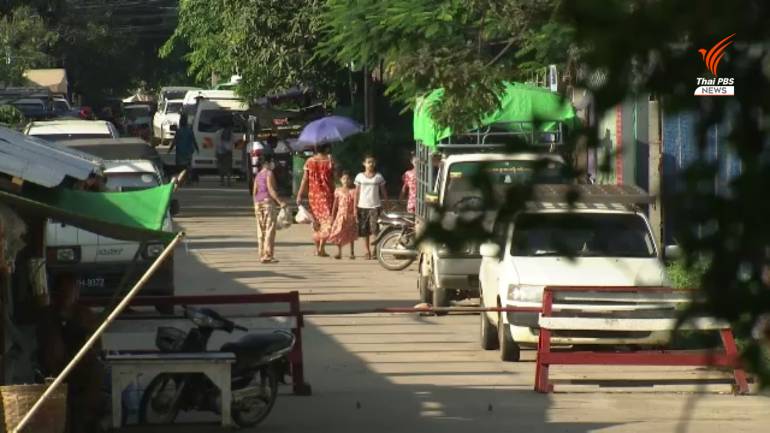 So far, seventy-four people in Mae Sot district of Thailand’s northwestern province of Tak have been identified as having hadclose contact with two truckers from Myanmar, who were found to be infected with COVID-19, according to a border doctor,who declined to be identified.

In her Facebook post yesterday, the female doctor said that all 74 Thais had been given PCR tests and told to enter home quarantine for at least 14 days. They are being monitored around the clock by health volunteers.

She disclosed that the two infected truck drivers crossed the Thai-Myanmar border via the Friendship Bridge checkpoint and spent about six hours in Mae Sot Township, during which they stopped at the Ali and Sing Rungruang warehouses to unload cargo. They also bought something to eat in front of one of the warehouses.

She complained that there has been no word from authorities about what to do with the border checkpoint, although she admitted that she would prefer to lock down some communities in Mae Sot, to restrict the movement of the people and to conduct active surveillance of Myanmar people considered to be at high risk.

“I cannot do that, so I will concentrate on my duty as a doctor.  For the past ten months, I feel I have been working beyond my duty,” she said, as she advised people in Mae Sot to look after themselves by wearing face masks, washing their hands regularly and maintaining social distancing.

The CCSA, meanwhile, reported two new COVID-19 cases in state quarantine today. One is a Thai official returning from South Sudan and the other is a Japanese woman arriving from Japan.

Cumulative infections in Thailand, to date, are 3,636, with 3,451 recoveries. 126 others are still being treated in hospitals. The country’s death toll remains 59. 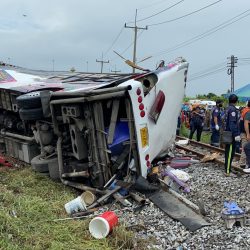 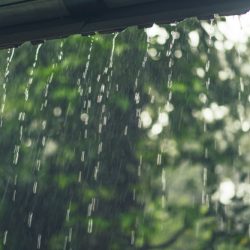