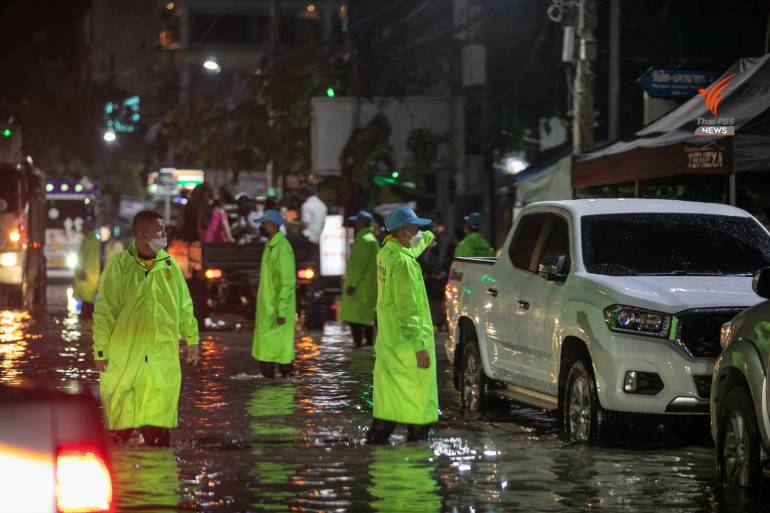 Thailand’s National Water Command Centre issued advice to people in 56 provinces today (Saturday), including Bangkok and its suburbs, to brace for possible river overflows and flooding due to heavy rainfall in the past 24 hours.

Meanwhile, the Royal Irrigation Department has stepped up efforts to ease flooding in Bangkok’s neighbouring province of Pathum Thani, by draining water from the swollen Rangsit Prayoonsak canal into the Chao Phraya River and through a network of canals into the Bang Pakong River in the eastern province of Chachoengsao and, finally, into the Gulf of Thailand.

Several areas in Pathum Thani province, especially Rangsit, have been flooded since Wednesday. Water is receding only gradually, because the water level in the Rangsit Prayoonsak canal remains high, making it nearly impossible to drain excess water into it.