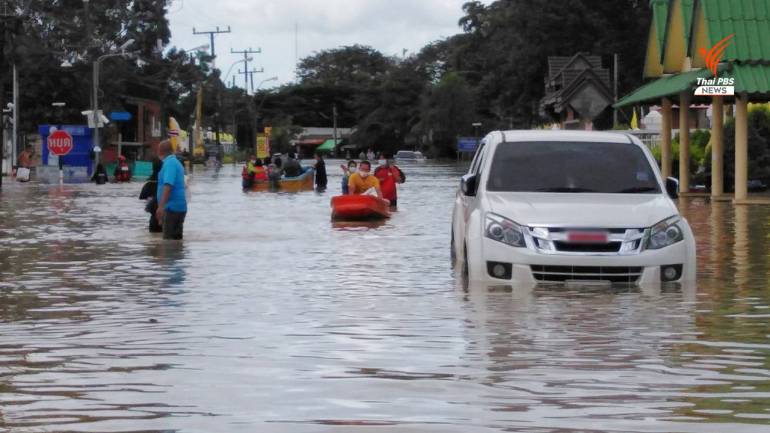 Heavy rain throughout Tuesday night and early this morning dumped 300mm of water on Thailand’s eastern coastal province of Chanthaburi, flooding 162 villages and nine communities in six districts of the province. About 5,000 households, with about 15,000 people have been affected.

According to the provincial public disaster prevention and mitigation office, flood water ranges from 1 to 1.5 metres deep and 0.3 to 1 metre on most roads in the affected areas. The Natasilp and Sai Thong housing estates in Muang district, which are located in a low-lying area, are under about two-metres of water.

There are about 1,000 houses in the two housing estates and many cars and motorcycles are submerged, because the floodwater came so fast that their owners were unable to move them to higher ground in time.

Troops, rescue workers and officials of the Muang district municipality were sent to the two estates this morning to evacuate those who wanted to find safe shelter. Food and drinking water were also sent to people who are staying put to protect their property.

Chalermphol Sakda, the mayor of Tha Chang Tambon Administration Organization, identified Natasilp as the worst hit area, saying that he didn’t expect there to be so much water and it came so fast that most people were caught unprepared. 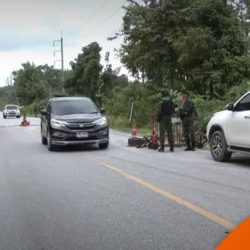