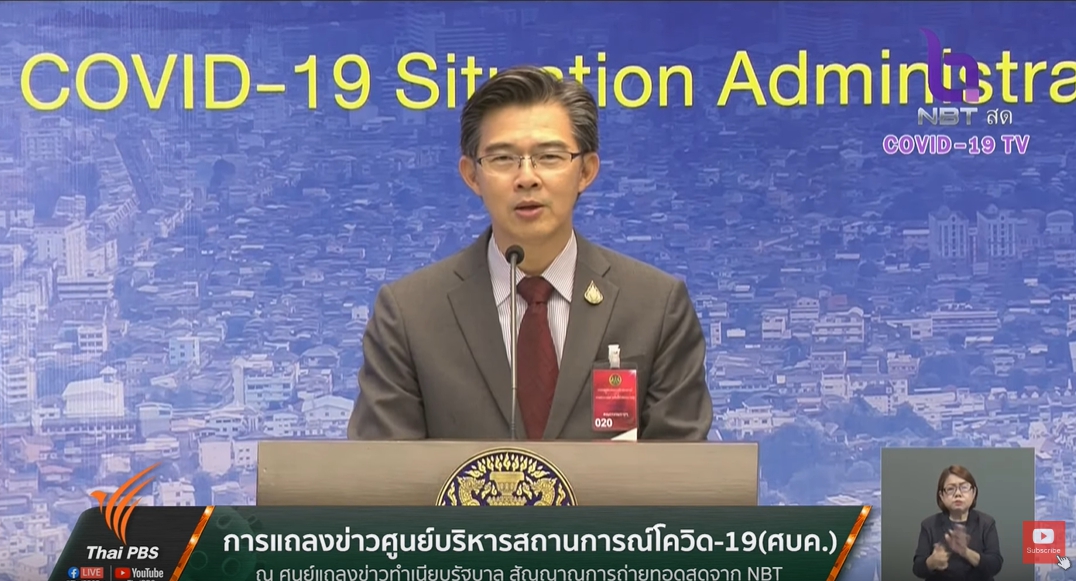 Thailand’s new COVID-19 infections today fell slightly to 32, from yesterday’s 33, and no deaths were reported for the second consecutive day.

The new infections bring the accumulated confirmed cases in Thailand to 2,765, with 1,928 recoveries and 790 still in hospital.  Total death toll remains at 47.

CCSA spokesman Dr. Taweesin Visanuyothin told a news conference today that infection rate in Bangkok and neighbouring Nonthaburi province is on an upward trend, as he warned the people not to lower their guard.

He said 2,548 Thai migrant workers in Malaysia have registered with the Thai mission there to return home by the end of this month adding, however, that the number of daily arrivals is limited to 350 through five immigration checkpoints.

According to the Thai Foreign Ministry, there are now over 7,000 Thai migrant workers in Malaysia, scattered across different states. They are being provided with food and other necessities. 3,211 others have also registered to return to Thailand via various ports of entry.

Dr. Taweesin made clear that the CCSA has not yet decided on an extension to the state of emergency decree, which is due to expire on April 30th, or whether to allow shopping malls to reopen on May 1st, as widely reported.

The CCSA committee, chaired by Prime Minister Prayut Chan-o-cha, is expected to meet at the end of this week to assess the situation and to determine if any of the measures can be eased.

The CCSA’s private sector advisory committee, led by Mr. Kalin Sarasin, president of the Thai Chamber of Commerce, is expected to meet tomorrow to consider a proposal to reopen several types of retail business, such as shopping malls, restaurants, food shops, beauty salons, barber’s and others.

Mr. Kalin explained that classification as a Red Zone does not mean that all businesses must remain closed.  Certain retail business can reopen, but social distancing must be strictly observed.

Of the 32 new infections today, 18 are associated with previously infected people or with high-risk areas and four are in state quarantine.

Regarding the pilgrims returning from Indonesia, 62 have tested positive for the contagion so far. 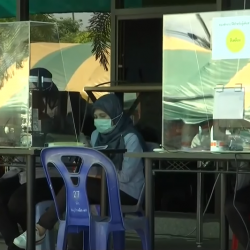 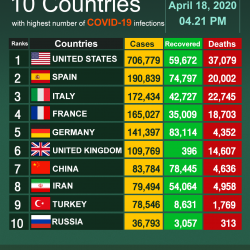