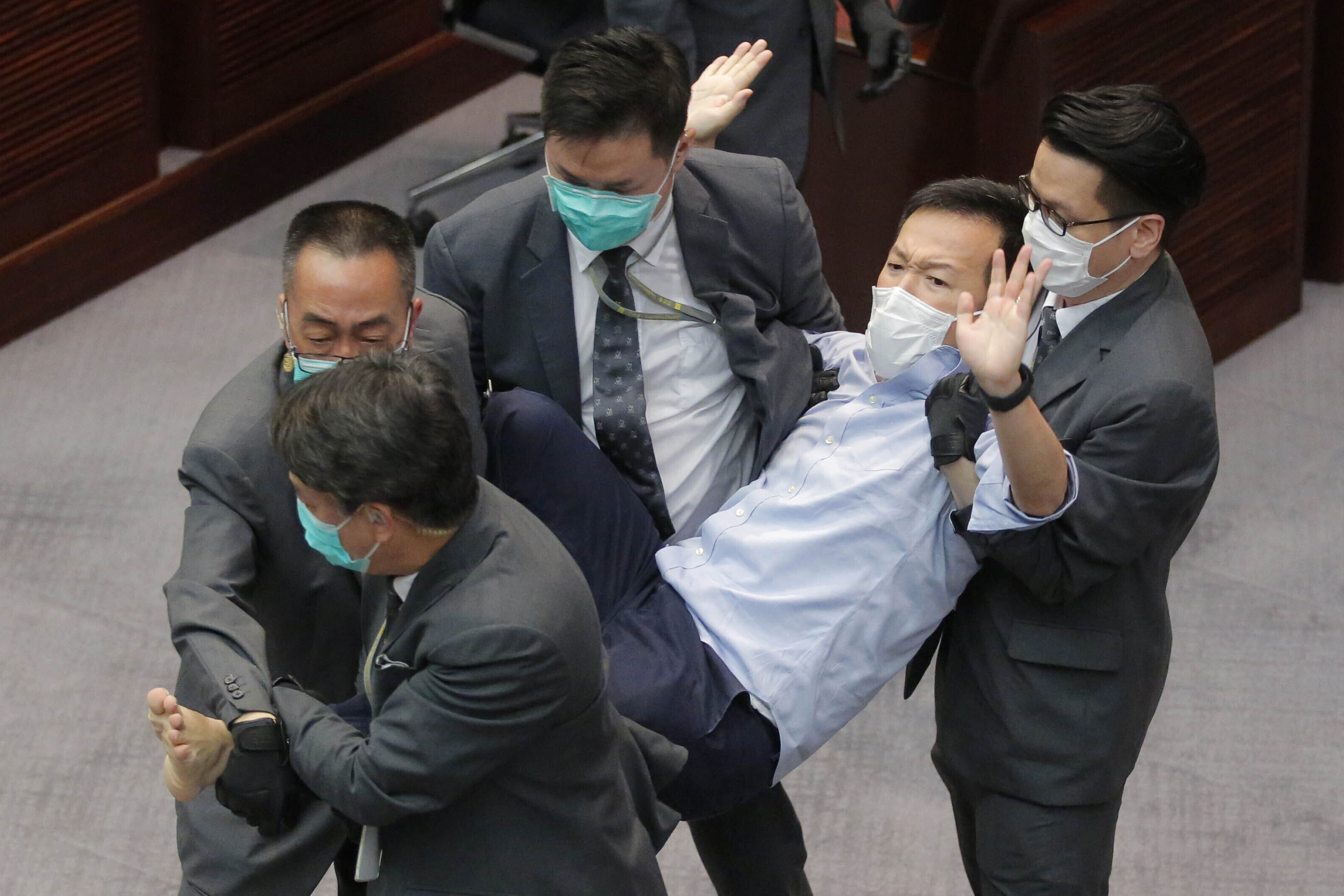 FILE – In this May 8, 2020, file photo, then pan-democratic legislator Ray Chan is taken away by security guards during a Legislative Council’s House Committee meeting in Hong Kong. / AP

Posts on the Facebook accounts of Ted Hui, Eddie Chu and Raymond Chan said they had been arrested in relation to the incidents in the legislature’s main chamber. The trio separately disrupted legislative meetings by splashing pungent liquids and other items on two occasions.

Hong Kong police said in a statement that they had arrested three former lawmakers on charges of contempt in the legislature and intent to cause harm to others. Police did not identify them by name.

The pro-democracy camp has in recent months accused the Hong Kong government and the central Chinese government in Beijing of tightening control over the semi-autonomous Chinese territory in response to demands for more democracy, destroying the autonomy promised to the city, a global financial center with Western-style civil liberties.

The three former lawmakers disrupted meetings debating the now-approved National Anthem ordinance, which criminalizes any insult to or abuse of the Chinese national anthem, the “March of the Volunteers.”

One week later, Chan hid a pot of pungent liquid in a paper lantern and attempted to approach the front of the chamber, but dropped it after he was stopped by security guards.

On both occasions, emergency services were called to the venue, and several pro-Beijing lawmakers reported feeling unwell. 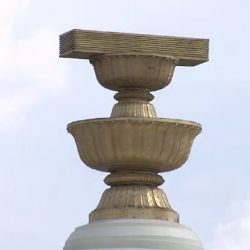 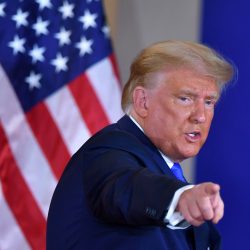