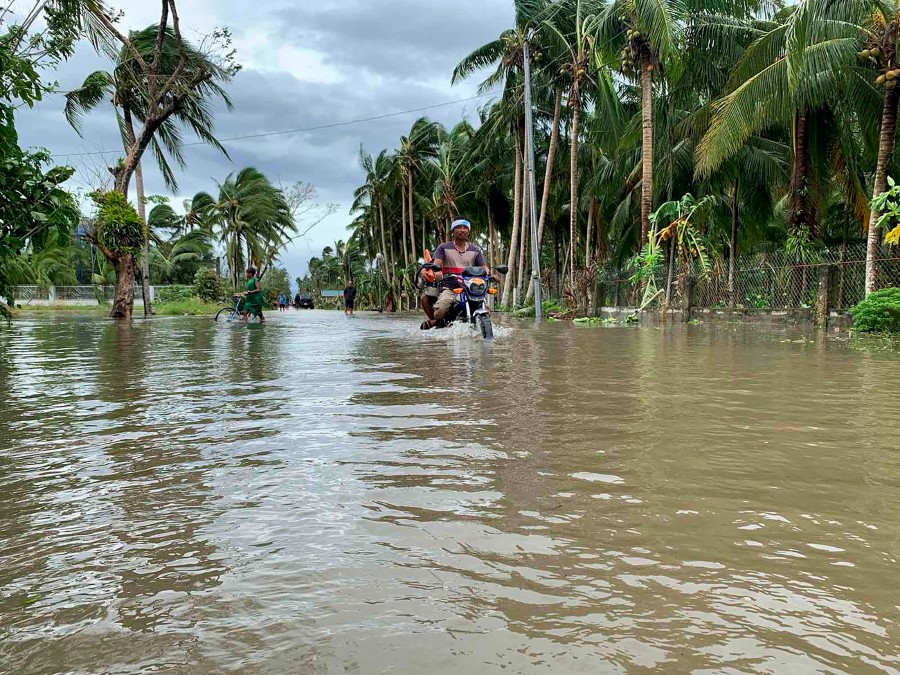 A motorcyclist traverses a flooded street after Typhoon Molave hit the town of Pola, Oriental Mindoro province, on October 26, 2020. / AFP

Three people died and a dozen others are missing after a typhoon triggered flooding across the central Philippines, officials said Tuesday, with thousands still sheltering in evacuation centres.

Typhoon Molave struck Sunday, inundating low-lying villages and farmlands, knocking down power lines and destroying hundreds of houses as it crossed the archipelago.

The typhoon is now sweeping across the South China Sea towards Vietnam, the national weather forecaster said.

The National Disaster Risk Reduction and Management Council (NDRRMC) warned the number of casualties could rise as regional authorities assess the damage in their areas.

Among them was a woman who was swept away by surging currents as she tried to cross a river, Rizajoy Hernandez of the Civil Defense office in the Central Visayas told AFP.

Twelve people, mostly fishermen, have been reported missing after being caught in rough seas.

The Philippines is hit by an average of 20 storms and typhoons every year, making them a dangerous and disruptive part of life in the country.

Many of the storms are deadly, and they typically wipe out harvests, homes and infrastructure, keeping millions of people perennially poor.

The country’s deadliest typhoon on record was Super Typhoon Haiyan, which left more than 7,300 people dead or missing in 2013. 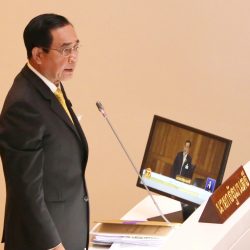