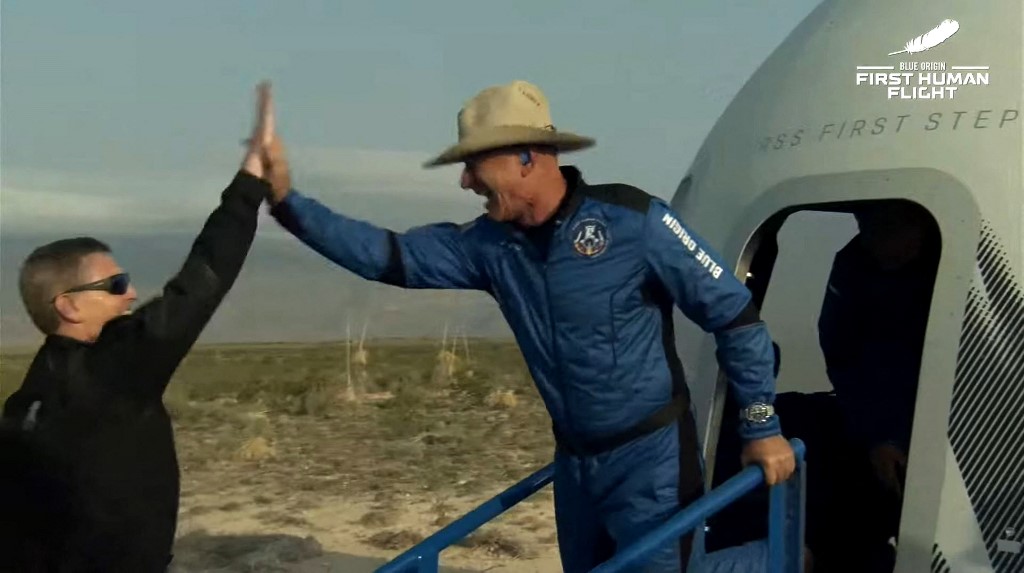 This still image taken from video by Blue Origin shows Jeff Bezos (R) celebrating after exiting Blue Origin’s reusable New Shepard craft capsule returned from space, safely landing on July 20, 2021, in Van Horn, Texas. – Blue Origin’s first crewed mission is an 11-minute flight from west Texas to an altitude of 65 miles (106kms), and back again, to coincide with the 52nd anniversary of the first Moon landing. (Photo by Handout / BLUE ORIGIN / AFP) / RESTRICTED TO EDITORIAL USE – MANDATORY CREDIT “AFP PHOTO / Blue Origin” – NO MARKETING – NO ADVERTISING CAMPAIGNS – DISTRIBUTED AS A SERVICE TO CLIENTS

The human landing system (HLS) contract, worth $2.9 billion, was awarded to rival SpaceX in April, but Blue Origin and a third company Dynetics filed protests that are currently awaiting adjudication by the US Government Accountability Office.

The United States is seeking to return to the Moon by 2024 under the Artemis program, using the lessons learned to prepare for a crewed Mars mission in the 2030s.

In his letter to NASA Administrator Bill Nelson, Bezos said the offer would “bridge the funding shortfall” that led to the space agency picking just one contractor, instead of two which would then compete with each other.

He added “this offer is not a deferral, but is an outright permanent waiver.”

Since losing the award, Blue Origin has been frantically lobbying to have the decision reversed, leading the Senate to pass a bill agreeing to add $10 billion to the human lander system.

But the legislation is still being debated in the House, and has been branded a “Bezos Bailout” by critics.

Bezos wrote that an advantage of Blue Origin’s Blue Moon lander was its use of liquid hydrogen for fuel, which can be mined from lunar ice in line with NASA’s plans to use the Moon to refuel rockets for operations deeper into the solar system.

He added that the company would test its lander in orbit around the Earth at its own cost.

“We stand ready to help NASA moderate its technical risks and solve its budgetary constraints and put the Artemis Program back on a more competitive, credible, and sustainable path,” Bezos concluded.

It is unclear whether Bezos’ last-minute intervention will sway the outcome of the award. 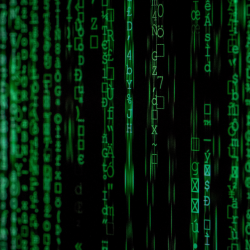 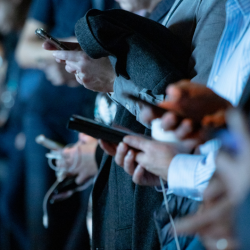