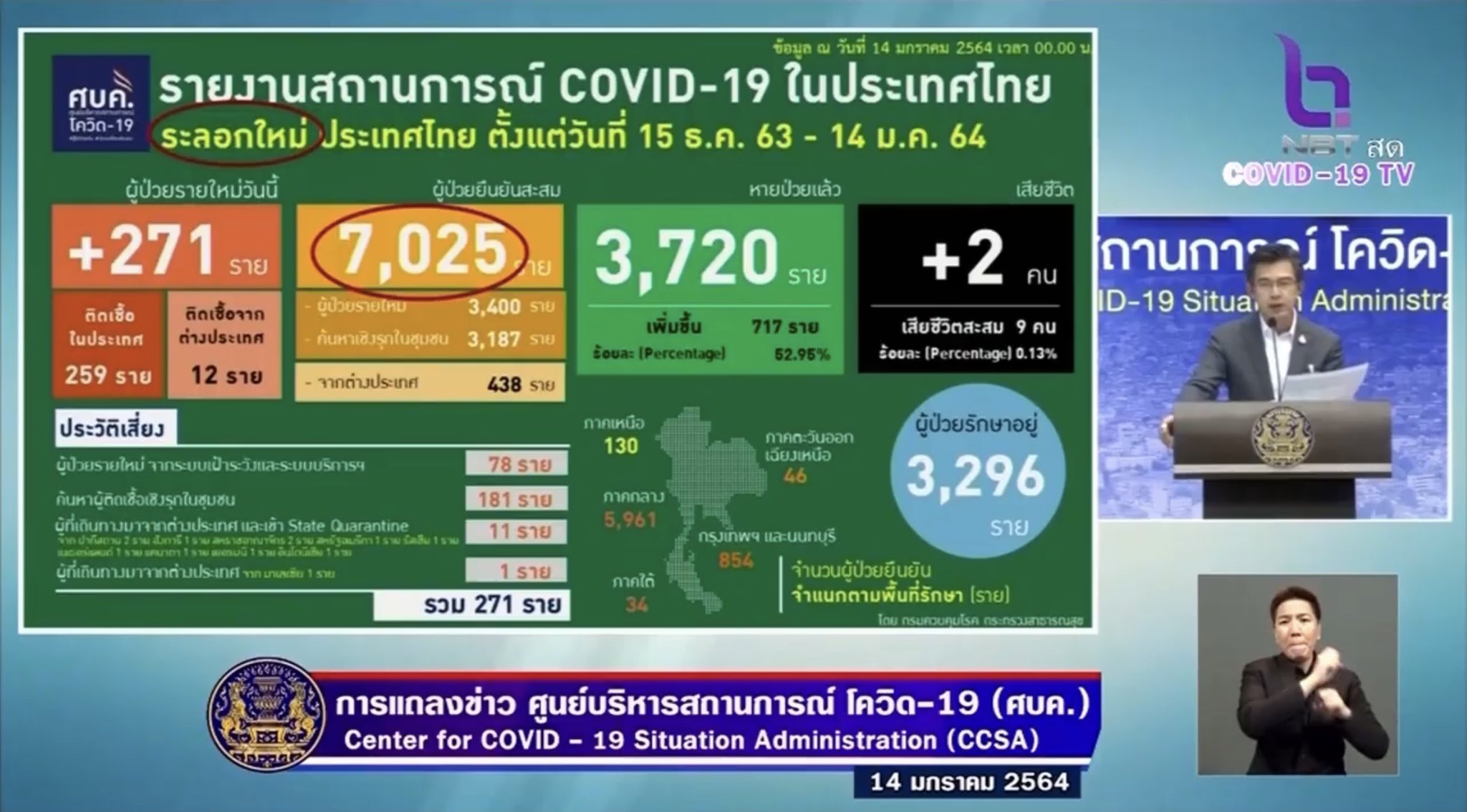 One was a 71-year-old British man with diabetes, thyroid and lung cancer. He travelled from the UK to Thailand and entered alternative state quarantine on December 5th. He developed a fever a couple of days later and was admitted to a private hospital, where he was diagnosed with pneumonia. His condition deteriorated and he passed away.

The other fatality was a 53-year-old Thai man with diabetes, who travelled to several provinces between December 26th and 30th. He developed a fever on January 3rd and went to a hospital in Nonthaburi province on the 5th, where he tested positive for COVID-19 and pneumonia.

271 new COVID-19 cases have also been recorded today, including 259 local transmissions and 12 arrivals from abroad in state quarantine, bringing the number of infections in the latest outbreak to 7,025, while the cumulative total is 11,262.

CCSA spokesperson, Dr. Taweesin Wissanuyothin, announced that, among today’s new cases, 14 are in Bangkok, including a 12 year old, 5 in Samut Prakan, 5 in Chonburi and 8 cases in Rayong.

Dr. Taweesin also announced some good news. The Mor Chana tracing app has now been downloaded 7.18 million times which, he said, will help, along with wearing face masks, prevent people from getting infected by the virus. 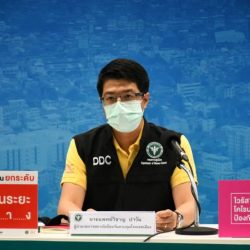 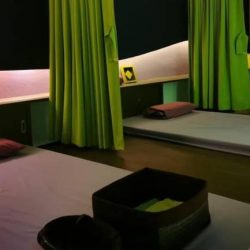