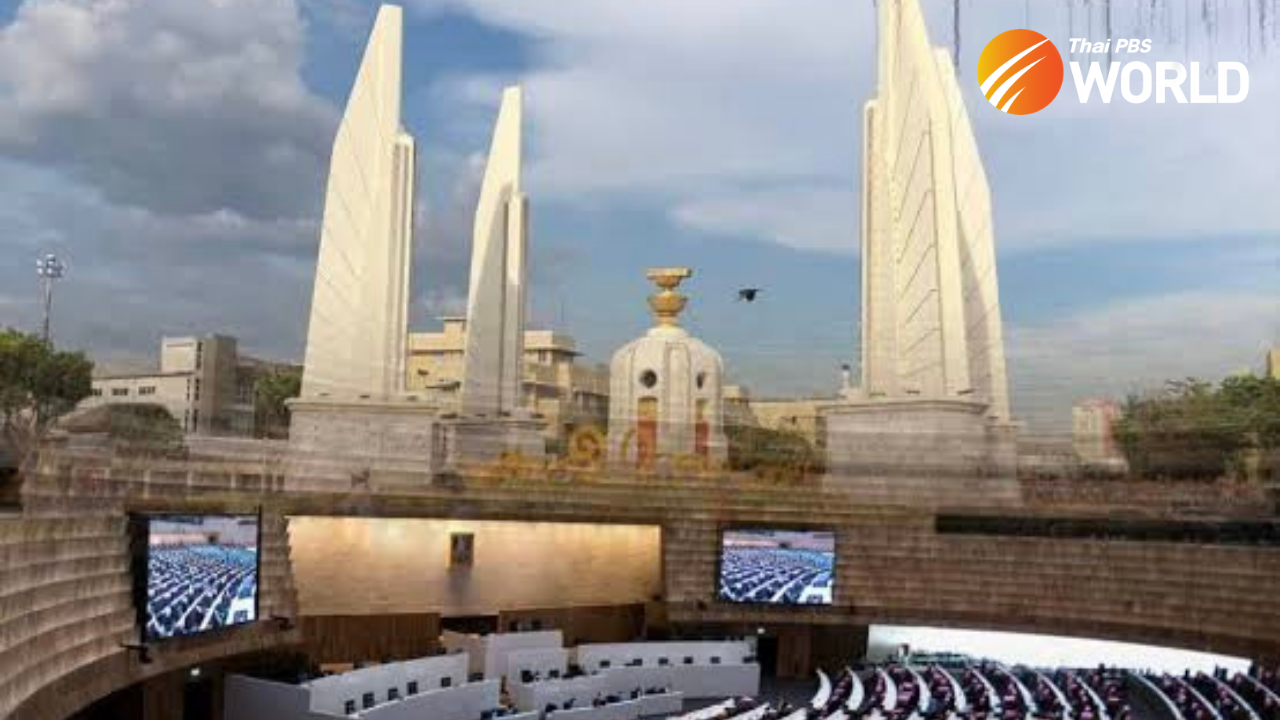 Parliament is scheduled to deliberate 13 charter amendment bills this week, but only a few are expected to make it through to the national assembly, a third of which is made up of senators appointed under the post-coup junta.

Observers believe only amendments that seek to restore the two-ballot voting system will sail through the first reading, which kicks off on Wednesday (June 23).

The coalition, opposition and Senate have been allocated six hours each for the upcoming debate, with voting on the first reading expected on Thursday.

The ruling Palang Pracharath Party, its three key coalition partners (Democrat, Bhumjaithai and Chartthai Pattana), and the opposition Pheu Thai have each submitted separate bills to amend the voting system and composition of the House of Representatives.

Their amendment drafts seek to revive the two-ballot voting system and revert the Lower House’s 500-MP composition to 400 from constituencies and 100 from the party-list system. The House is currently comprised of 350 constituency MPs and 150 from party lists.

In the 2019 general election, the first to be held under the 2017 Constitution, voters cast a single ballot. For the first time ever, a single ballot was used to select constituency MPs and also calculate the number of party-list MPs each political party would win.

The 1997 and 2007 charters allowed each voter to cast two ballots, one for their constituency MP and one for their favorite party.

Large parties like Palang Pracharath and opposition leader Pheu Thai favor the two-ballot system because it is beneficial to them. The current single-ballot system makes it almost impossible for any political party to gain a parliamentary majority and form a one-party government, like Thaksin Shinawatra’s Thai Rak Thai did in the past.

The draft bills for a two-ballot system are likely to pass since they are backed by the two largest parties, while most of the 250 senators have reportedly agreed to vote for the ruling party’s draft, said Stithorn Thananithichot, director of the Office of Innovation for Democracy at King Prajadhipok’s Institute.

Most senators have agreed to only approve Palang Pracharath’s amendment draft and are likely to reject all other bills that would make drastic changes to the Constitution, Senator Kittisak Rattanawaraha said last week.

Stithorn, however, expects the bills to face opposition in the third reading. Though big parties prefer the two-ballot system, he said, the powers-that-be or Prime Minister Prayut Chan-o-cha may doubt that the system will actually aid the ruling party in the next election.

“Prayut may ask: If it really benefits [Palang Pracharath], then why does its rival Pheu Thai want it too?” he said.

The analyst said Palang Pracharath was not disadvantaged by the single-ballot system, especially since Pheu Thai failed to win any party-list MP seat in the previous national vote. As such, Stithorn does not believe the powers-that-be will want to revive the two-ballot system.

Another highlight of the upcoming parliamentary debate is the bills that seek to strip the Senate of its power in selecting the prime minister. Both the opposition bloc and the three coalition partners have separately proposed amendment bills on the matter. However, Palang Pracharath’s bill does not cover this issue.

The ruling party stands to benefit from Article 272, which gives the Senate the power to select a PM jointly with the House of Representatives for “five years from the date of installation of the first National Assembly under this Constitution”. That five-year period should cover at least two general elections.

Described by critics and opposition politicians as a remnant of the junta, the clause is viewed as a tool to prolong Gen Prayut’s premiership.

Stithorn said it is likely that the bills seeking to reduce the Senate’s power to select a PM will be shot down, as “no senator will vote to clip their own wings”.

To pass the first reading, the amendment bill needs support from at least one-third of senators, or 84 votes, in addition to a majority of MPs.

The draft bill for a national referendum on charter change is back in the spotlight, with Parliament due next week to resume deliberations that were suspended in April. The government-sponsored bill would open the door to the rewriting of a Constitution that has been criticized as undemocratic and designed to extend the military’s grip on power.

Initially, 14 amendment bills were submitted – one from Palang Pracharath, five from the opposition and eight from the three-party alliance.

However, Parliament President Chuan Leekpai suspended the opposition bill that sought to amend Article 256, which would allow the formation of an assembly to draft a new charter from scratch. The bill was halted because it would result in the annulment of the current charter and introduce a brand-new one, which goes against a recent Constitutional Court verdict on the matter, Chuan’s adviser Sukit Atthopakorn said.

The court ruled in March that Parliament had the power to write a new charter only if the public agrees to it via a national referendum. The final draft of the new constitution will have to pass another national vote before it can be enacted, the ruling said.

Just days after the court verdict, parliamentarians voted to shoot down motions that sought to amend Article 256 and allow the setting up of a constitution drafting assembly (CDA) to write a new charter.

On April 7, Palang Pracharath became the first party to submit an amendment bill to Parliament’s president, in a new round of efforts to rewrite the charter. Its motion sought to rewrite 13 articles covering five issues, including revival of the two-ballot voting system, more flexible budgeting and removal of a clause prohibiting lawmakers from contacting state agencies directly to aid local residents – this act is seen as the employment of outside influence under the current charter.

On June 16, the three-party alliance submitted eight bills seeking to restore the two-ballot voting system, prevent senators from voting to select a premier, revise the 20-year national strategy plan and improve the protection of civil liberties and consumer rights, among others.

On the same day, the opposition bloc submitted its five amendment bills seeking to rewrite Article 256 for the establishment of a CDA, remove the Senate’s power in selecting a PM, revive the two-ballot system, repeal the 20-year national strategy, and improve the protection of people’s rights and liberties.

However, certain parties do not agree with all points in the amendment bills submitted with their allies. For instance, Bhumjaithai and Move Forward do not wholeheartedly agree with restoring the two-ballot voting system, as they won more party-list MP seats than expected in the last general election. Move Forward favors retaining the mixed-member proportional representation system in calculating party-list MP seats, to ensure “every vote counts”.

Interest is high in seeing how these two parties vote regarding this amendment bill.

The ruling party’s latest internal reshuffle indicates it desperately wants to win the next election, amid speculation that the national poll will be called early. Palang Pracharath Party rejigged its executive board at a general assembly on Friday (June 18) which saw General Prawit Wongsuwan return as leader and his protégé Deputy Agriculture and Cooperatives Minister Thammanat Prompow elected unopposed as secretary-general.

Some critics are not optimistic about the latest effort to amend the Constitution, which has been in force since April 2017.

Veteran political analyst Sukhum Nualsakul believes the push for charter change will eventually fail as its core aim is merely to woo voters.

“I’m convinced not a single draft will be passed. They [political parties] are just trying to show their stance over the charter amendment,” he said.

He added that Palang Pracharath may not get the support it expects from its three major coalition partners as they are upset over the ruling party’s “one-man show”. The door will also be shut when it comes to clipping the Senate’s wings.

For an amendment bill to pass the first reading, it requires votes from more than half of the two Houses combined (at least 376 parliamentarians), as well as a “yes” vote from at least 84 of the 250 senators.

To pass the third reading, the amendment bill also needs support from at least 376 lawmakers, including at least 84 senators and 43 opposition MPs.

Previous moves to amend the current charter began in late 2019, but they all failed due to delaying tactics deployed by Palang Pracharath MPs and senators.

At least two special panels were set up to study whether the supreme law should be amended and if so, where, plus an ad hoc committee to vet the bills. A legal review was also launched to block the rewriting of the charter. 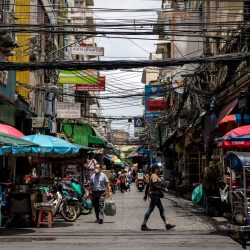 Support rising in Japan for Tokyo Olympics this summer: poll