The Student Loan Fund Office has set a target to deduct a certain portion of the salaries paid to about one million government officials and employees of private companies who took out loans as students from the office and have defaulted on loan repayments, said the fund manager Mr Chainarong Katchapanant on Wednesday.

He explained that students who took loans from the fund are normally given a two-year debt moratorium after their graduation and would start repaying their loans on the third year at between 100-300 baht per month. The money would be deducted from their salaries.

Starting this month, officials at the Comptroller Department who took out loans from the fund while studying would have their salaries deducted to repay their debts.

This measure will be applied to officials of the other departments in the Finance Ministry this month and will be extended to all state agencies in October.  Starting next year, all the fund borrowers working with big corporations will be the first group to have their salaries deducted.

The Student Loan Fund Office has, so far, extended loans to about five million students totaling 500 billion baht.  Of these, one million of them have fully paid up their debts and two million have defaulted their loan payments.

Regarding the case of teacher Ms Vipa Banyen who served as a loan guarantor for 21 students and is now facing assets seizure from the Legal Execution Department, Mr Chainarong said his office would suspend the seizure to allow the student-debtors to settle their debts with the office.

Of the 21 students, four of them were sued by the office; five have paid up their debts and three have defaulted their repayments.  For the remaining nine, repayments are not yet due. 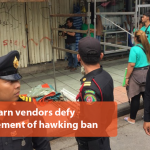