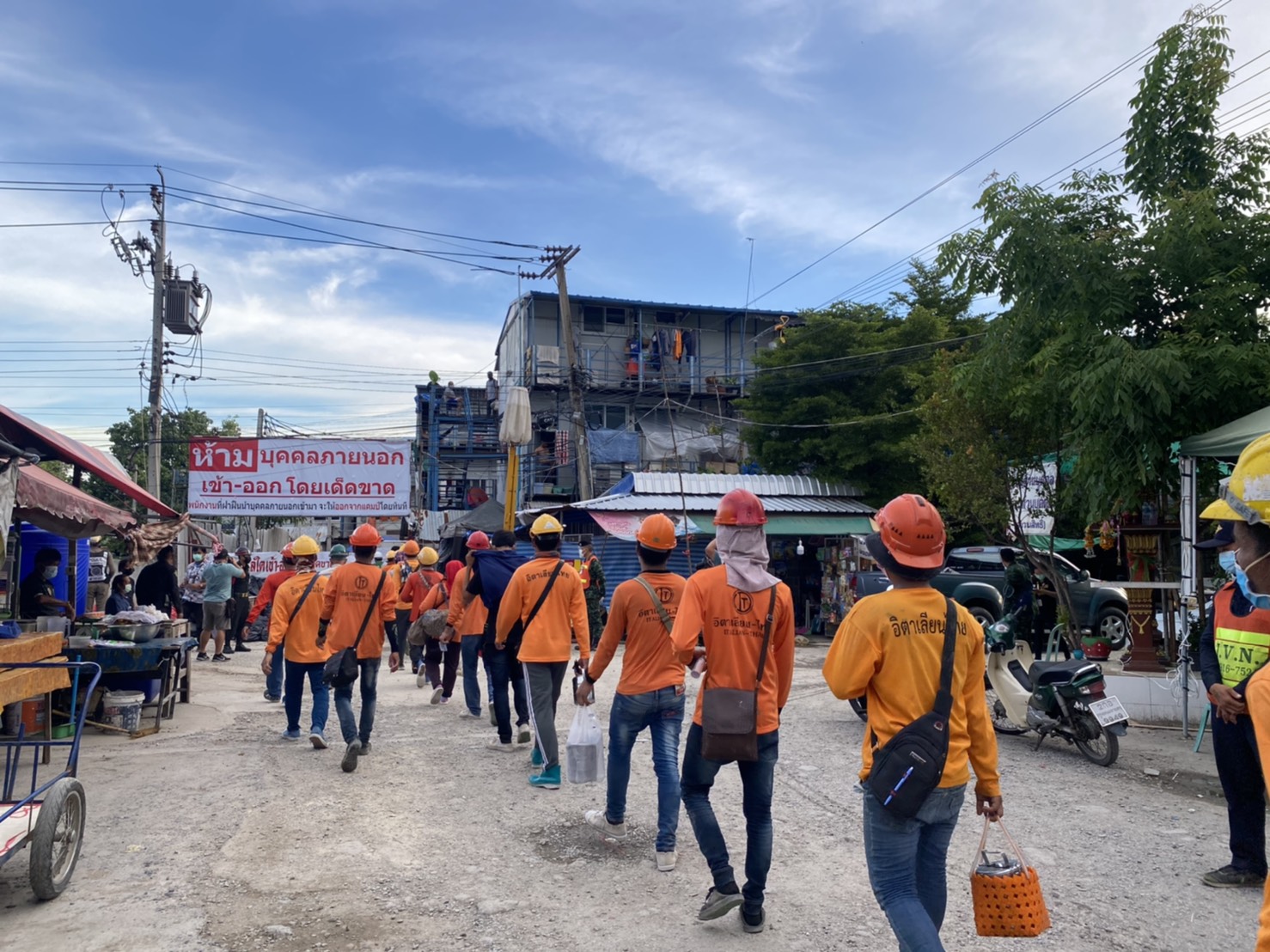 According to the CCSA’s announcement, issued on Sunday, all construction worker dormitories in the six provinces must be sealed for a month and all construction work are halted from today (Monday). Eateries inside shopping malls, department stores, bus and train stations and airports are prohibited from offering dine-in services.

It is estimated by the CCSA that up to 690,000 people in the six provinces are being adversely affected by the decision.

Prime Minister Prayut Chan-o-cha said today that the partial lockdown decision was made by the CCSA, after consulting all parties concerned, in both the government and private sectors, and with a full awareness of the impacts of such a decision.

To cushion those impacts on employees, he said that the government has decided to provide about 2,000 baht to each employee covered by the social security scheme and 3,000 baht to the employers for each of their employees during the lockdown period, but not exceeding 200 employees per company.

Eateries will also get financial help, said the prime minister, but he did not elaborate adding, however, that this compensation scheme will start in the six provinces facing the partial lockdown and will be extended to other provinces in the next phase.

The prime minister dismissed a suggestion that most Thai construction workers have already left their dormitories, saying that they would face quarantine upon arrival in their home provinces and be without any income but, if they remain in their dormitories, they will get paid half of their normal wages and will receive free food.

He said that the Bangkok Metropolitan Administration will discuss with food outlets about the possibility of providing catering services to the isolated workers, which will earn them some income while they cannot provide dine-in services.